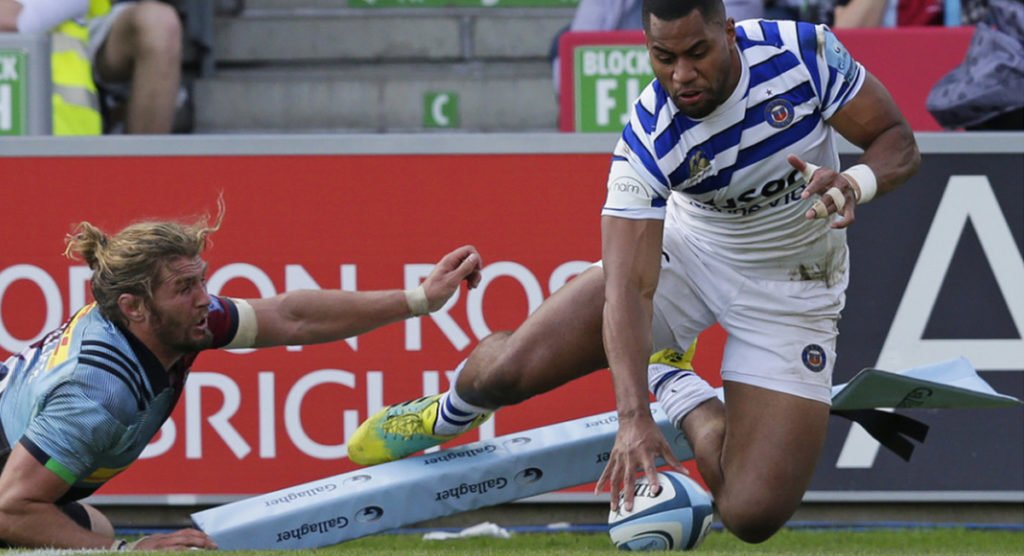 In light of Joe Cokanasiga’s brilliant round three Citizen Try of the Week against Harlequins last weekend, several of rugby’s all-time greatest finishes have been compiled into one spectacular video.

With names like George Pisi and Blaine Scully going up against the likes of Shane Williams and Brian O’Driscoll, it’s hard to argue that these aren’t indeed some of the best ever.

There may very well be better-constructed tries on offer. However, if you’re a fan of acrobatic, gravity-defying individual efforts, or tries where every millimetre counts, this is the compilation for you.

There’s a decent representation of older and newer tries throughout, the latest of which is Joe Cokanasiga’s marvellous score from last weekend.

Best of the best? You decide:

Cokanasiga’s Citizen Try of the Week from Round three: