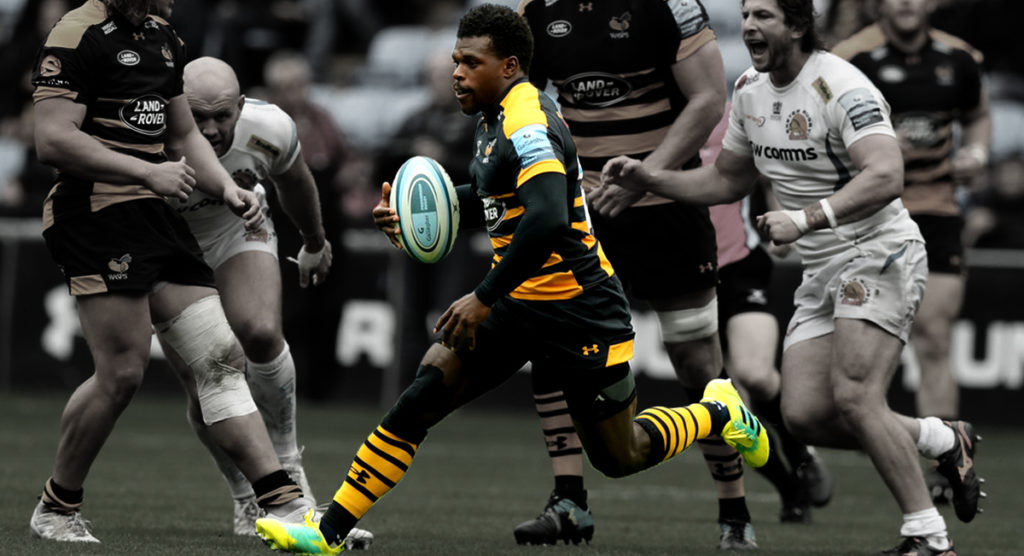 Christian Wade’s retirement from rugby was confirmed on Wednesday by his club Wasps, who said that the 27-year-old winger will part ways with the club with immediate effect. It’s come as a bit of a shock for many, with many surprised by his NFL ambitions.

After a stellar career, he is the third highest all-time try scorer in England’s Premiership with 82 tries in 130 matches, but earned just one England cap during that time, way back in 2013.

He’s been loyal to his club when other clubs came knocking, but now he’s decided he’s had enough with rugby union and has decided to pursue other opportunities.

Wade said: “After playing nine years of professional sport for Wasps, I’ve decided to leave for personal reasons. I would like to thank Wasps Chairman Derek Richardson and Dai for their support, consideration and understanding in what is the most difficult decision of my life.

“I have loved the sport since I was introduced to it at the Royal Grammar School in High Wycombe. I would therefore like to thank everyone who has played a part in shaping my career.

“Rugby has privileged and honoured me with so many wonderful memories that will stay with me for the rest of my life. Finally, I want to thank my Wasps family: the Club, my team mates and especially the fans – you have always been superb to me. I wish everyone here all the very best for the future.”

As @ChristianWade3 announces his retirement from rugby, here’s a look at some of his best moments 😍

Thanks for the memories 🙌 Which one of these terrific tries is your favourite? 👇 pic.twitter.com/aaZOj8BqLW

Wasps Director of Rugby Dai Young said it was very disappointing to lose a player of Wade’s quality at this stage of the season.

“The Club held numerous discussions with him to try and convince him to keep pushing forward with Wasps, but in the end it was clear this is the path he wished to go down.

“The Club nevertheless wants to wish him all the best with his future career path and put on record our thanks for the contribution Christian has made to Wasps Rugby.”

With Wasps winger Christian Wade seemingly #NFL bound… 🏈@ugomonye thinks the next big name to leave rugby will be Danny Cipriani, and to the US as well? 🇺🇸👀