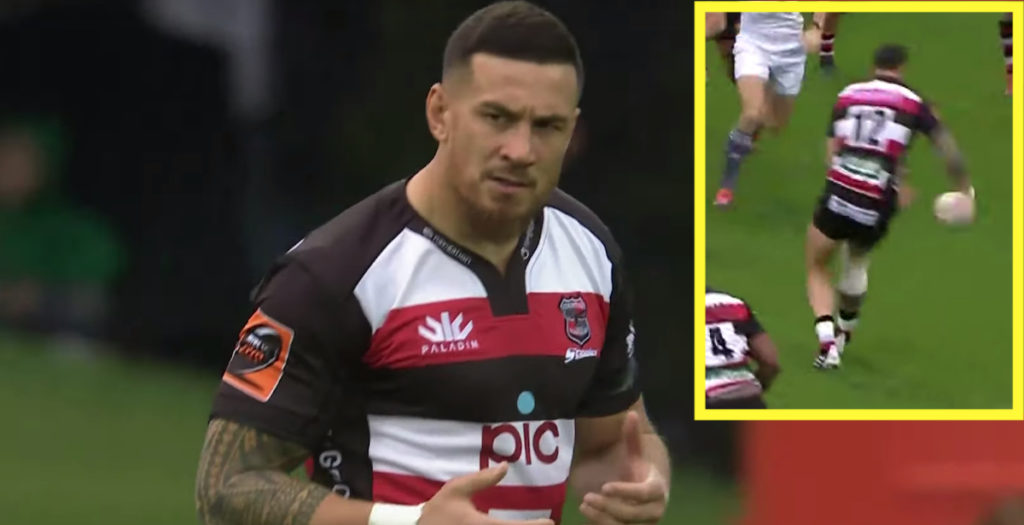 All Blacks star Sonny Bill Williams made a couple of lovely offloads for Counties Manukau in the Mitre 10 Cup on Saturday.

The All Blacks Star spent most of the Super Rugby season out injured but played a full 80 minutes against Taranaki in the opening round of the competition.

Although he didn’t have an influence on the scoreline, his handling skills took centre stage in the first half and reports have suggested he is set to return next weekend for the second Bledisloe Cup match next weekend.

Williams has spent the past few weeks with Counties Manukau to prove to All Blacks head coach Steve Hansen that he has consistent match fitness and with just two games left for New Zealand before the World Cup, the two-time winner looks set for Japan.