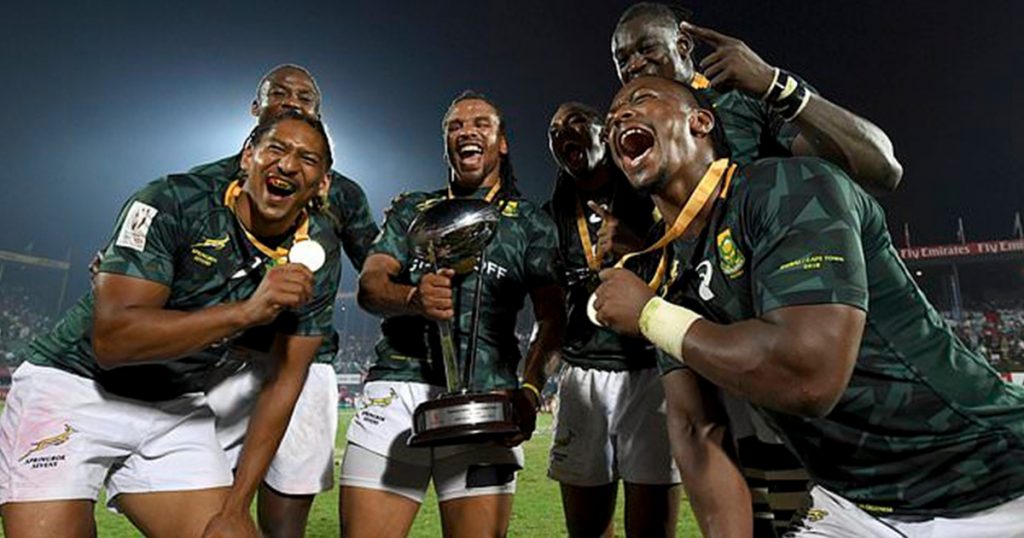 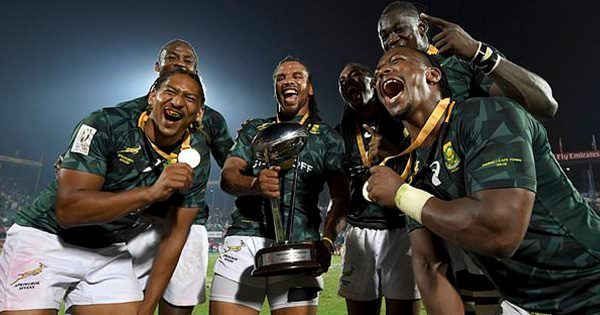 South Africa were able retain the Dubai Sevens title but not before All Blacks 7s player Joe Ravouvou delivered some drama in the final with this WWE clothes-line tackle to Branco du Preez.

It was New Zealand’s first final since Hong Kong 2016 and unfortunately, they would have to start on the back foot as Ravouvou wasted no time in getting himself sin-binned, delivering the shot in the first minute of play.

South Africa quickly capitalized on the advantage and scored three unanswered tries for the 19-0 lead. New Zealand were able to answer when Rosco Speckman was later yellow carded for a deliberate knock on, cutting the lead to 7.

However, it was too little to late and the Blitzbokke were able to defend their title 24-12, their third Dubai Sevens title in four years.

Full Highlights from the knockouts: