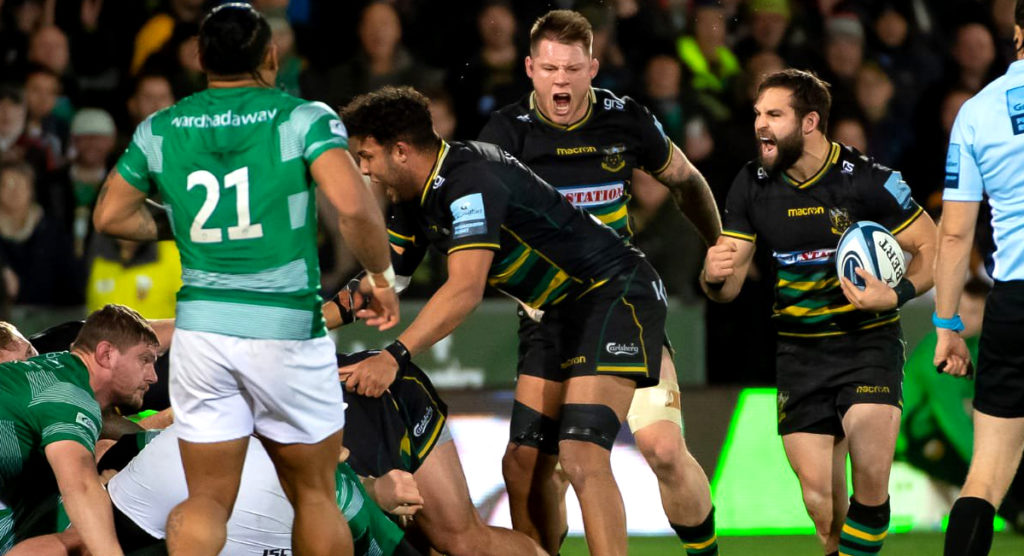 Faf de Klerk is not the only Springbok scrumhalf impressing in England, as Northampton Saints number nine Cobus Reinach was named the latest Rugby Player of the Month in the Gallagher Premiership.

“He is the ‘in form’ No. 9 in Gallagher Premiership Rugby at the moment and incredibly important to Northampton Saints,” said Ugo Monye, the former Harlequins, England and Lions wing, who has seen Reinach close up in his role with BT Sport.

“He has revitalised them and we know how competitive this league is with everyone being able to beat everyone, but the back-to-back performances against Worcester away and Exeter at home, especially scoring two intercepted tries, were so impressive.

“When you get a result against one of the top two teams, it gives you more than just a win – it gives you confidence that you can go toe-to-toe with the very best.

“If you are able to put on that level of performance, you need your top players and we know how important your No. 9 is to do that. For me the impact that Cobus Reinach is having on the team — considering where Northampton were — has been incredible.”

Everyone remembers Reinach for his spectacular tries in December but Monye appreciates his crucial defensive work too.

Monye added: “It’s not just all about his attacking sense; defensively he is just as good. It wasn’t only the magnitude of the victories Saints secured, but also the key moments Reinach had such as the cover tackle on Bryce Heem against Worcester, which completely changed the energy of that game.”

And for anyone wondering where he gets his trademark pace, look no further than his late father, South African 400m record holder (until 2011) and Springbok winger, Jaco Reinach.

gets it from his late dad 🙂
Legend. pic.twitter.com/4PEIPzJbvu