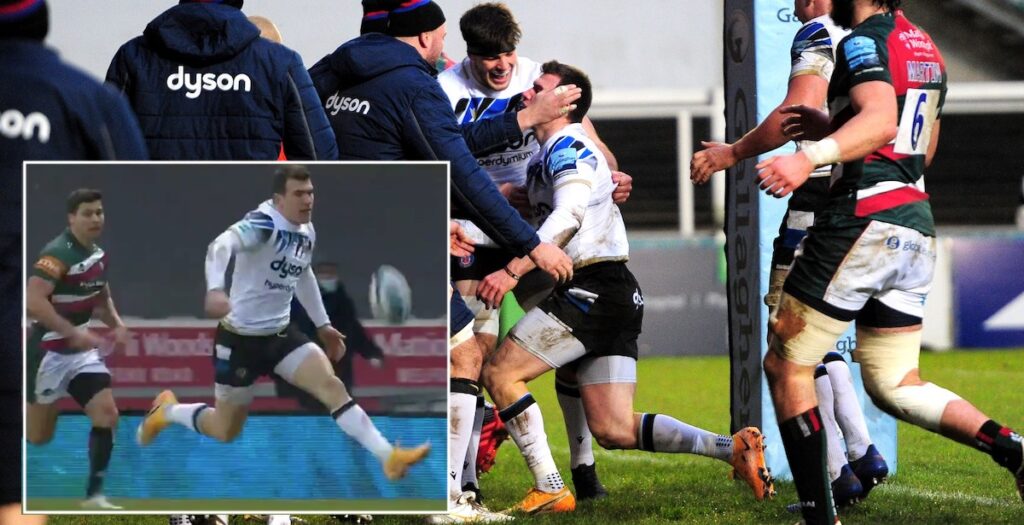 The 28-year-old picked up a loose ball from the back of a ruck inside Bath’s half and made a clean break around the fringes.

The former Saracens man then chipped the final defender and regathered possession to score an incredible try under the posts. But despite the genius of Spencer, Leicester pulled off a 36-31 win at home.

“That is an unbelievable finish!”

Shapes to go one way, powers off in the other before chipping over the top and finishing with aplomb!

Spencer has earned four caps for England and joined Bath in 2020 having spent almost a decade at the London-based club.