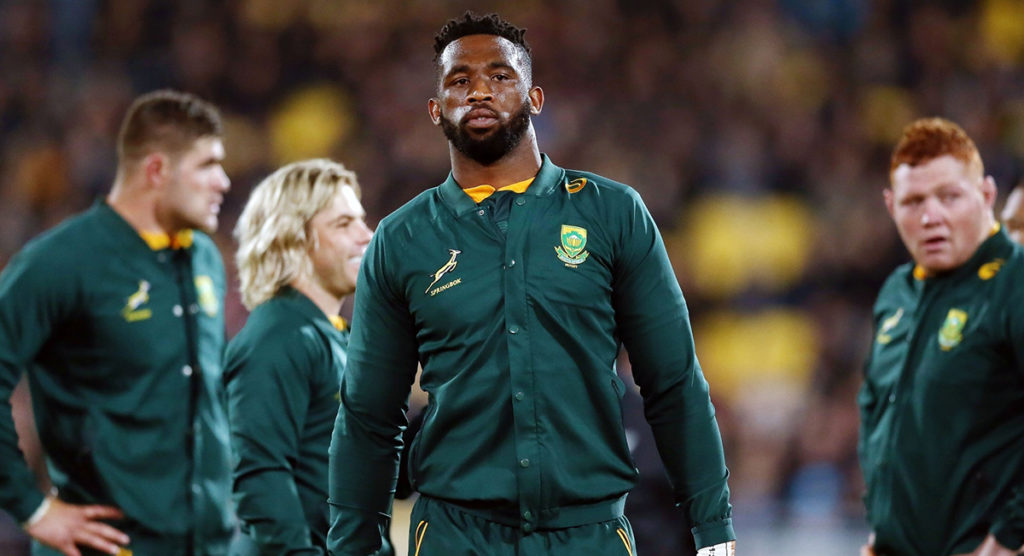 Meeting for the first time since the infamous 34-32 loss at the 2015 Rugby World Cup, the Springboks will take on Japan in their own back yard on Friday in their final warm-up match ahead of the tournament. Coach Rassie Erasmus has insisted that they will not take the hosts lightly.

There is just one change from the 23 that drew 16-16 with New Zealand in July, as now fully recovered skipper Siya Kolisi comes into the squad to take on Japan in Kumagaya.

Continuing with his rotation policy, Erasmus has now made 18 changes from the squad that beat Argentina 24-18 two weeks ago.

“I hope this selection will send a strong message that we have the utmost respect for Japan,” said Erasmus.

“Perhaps we made the mistake of complacency against them in the past but we’ve been hammering the message all week that we should never do that again against Japan.

“They’re a smart team of great athletes, playing at home, having won a title in the past month and now desperate to prove something. This Test is as big a challenge as any we’ve had this season.”

Rassie Erasmus has named the @Springboks team that will take on Japan in Kumagaya on Friday.#StrongerTogether pic.twitter.com/Gzo9xSjZGs

The Japanese have a 100 percent record against South Africa, having famously won the only meeting between the teams, 34-32, at Brighton in England during the 2015 Rugby World Cup.

“That kind of result can easily happen again if we don’t learn from the past,” he said. “Our players who were there have held up their hand and said they totally under-estimated Japan. If our mindset isn’t right and we’re looking beyond this game then we’ll play right into Japan’s hands.

“This is a Springbok Test match against a team ranked in the world’s top ten, in their own backyard, and we’ve got to be full-on if we want to win – anything less and we’ll be in trouble.

“They made a movie about the last time they played us – it’s our job to make sure there’s no sequel.”

The Springboks received a warm welcome at their first training session in Japan.  See footage of that below

The Springbok team to face Japan in Kumagaya: