Steve Diamond in hot water over outburst at journalist 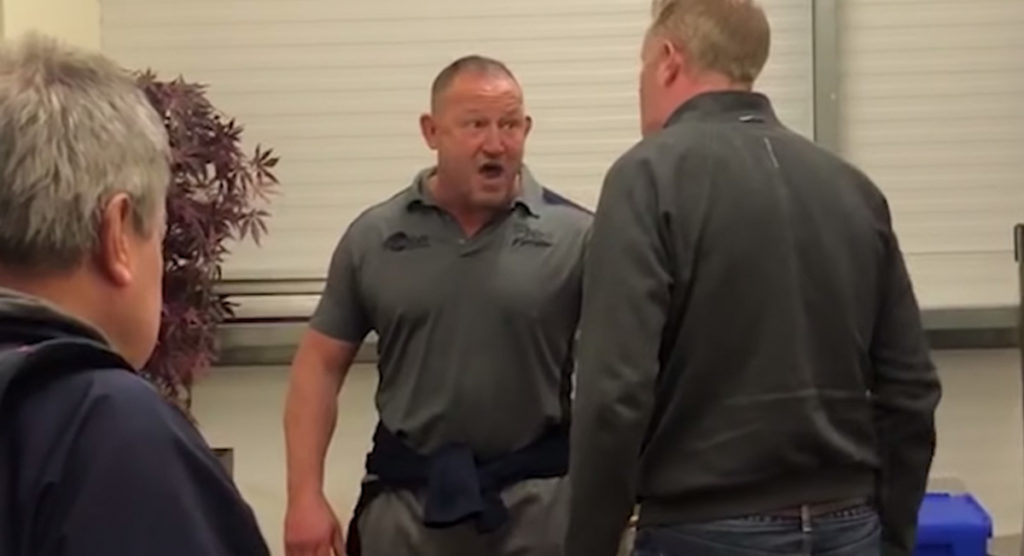 Sale Sharks director of rugby Steve Diamond has found himself in hot water after the Telegraph released footage of him getting into an altercation with a journalist after a press conference following Sale’s 30-15 road win. The altercation stemmed from an earlier article in September.

Diamond had apparently taken exception to the tone of a Sam Peters article and requested to have the Independent author meet him outside. Peters took him up on it and an argument followed  after Diamond took Peters’ recording device, which the latter attempted to take back.

For his part, Peters was clearly not having it, telling Diamond he wasn’t intimidated and reminding him over and over who he thought the real bully was.

The timing was unfortunate as Sale had just gotten a bonus-point victory over Gloucester at Kingsholm. Undoubtedly, some of the lustre from Saturday’s win is now somewhat tainted after Diamond’s actions.

Diamond could face discipline from the RFU if they decide to proceed with an investigation.