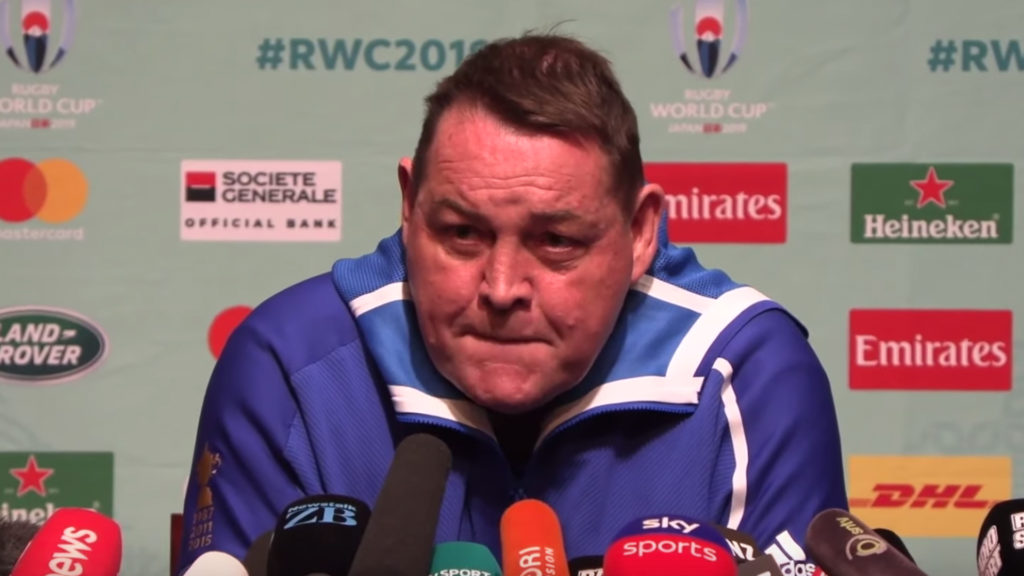 It has been billed as a massive week of barbed comments and mind games as England take on New Zealand in the semi-final of the 2019 Rugby World Cup. But it appears that Steve Hansen has other plans.

The New Zealand head coach appeared in front of the press today in the leap up to their titanic clash against England, with the winners heading to the final of the tournament hosted in Japan.

Much has been made this week of Eddie Jones’ most recent press conference, where he appeared to jokingly claim that a team had spied on England on their training session on Tuesday morning.

Since then, the press has gone wild with speculation about what this could mean in the war of words between the two coaches.

It has been two decades since we have seen this match-up at a Rugby World Cup. #NZLvENG #RWC2019 pic.twitter.com/3Smo3vQB8N

It has been almost 21 years since the two teams last faced each other in the World Cup, where Jonah Lomu famously dismantled the men in white.

At the press conference today, the press were keen to press Steve Hansen on his thoughts about Jones’ comments on Tuesday. This is what he had to say…

“Eddie and I both know it’s all fair in love and war, and there’s nothing better in a time of war than to throw a wee distraction out. You guys can’t resist, best clickbait in the world.

“He didn’t call it us, he was very deliberate about that, he talked about it being someone else, probably the same bloke that videoed us when we were there. But everyone has jumped on it and he’s been successful at getting the clickbait he wants.

“There’ll be a bit more tonight. It’s the reason why our press conference is now and his is at five o’clock. I’ll look forward to reading it. It’s been good. It’s allowed us to have a good laugh and be relaxed.”

This appears to be a classic Steve Hansen response, not taking the bait to turn this into a slug-fest at the press conferences.

Look at his response here.