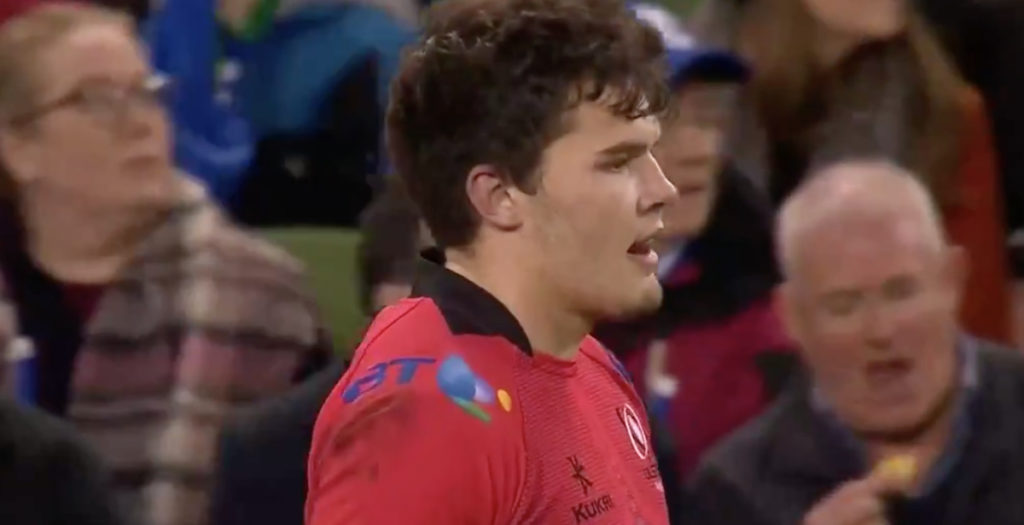 Ireland and Ulster winger Jacob Stockdale was deemed to have dropped the ball over the try line in the Champions Cup quarter final against Leinster.

Leinster won the game 21-18 at the Aviva Stadium in Dublin but the result could have been much different if Stockdale had successfully put downward pressure on the ball.

The 23-year-old beat five Leinster defenders to nearly score a stunning try on the left wing, but following a TMO decision the try was disallowed.

Leinster will now play either Racing 92 or Toulouse in the semi-finals of this year’s Champions Cup.