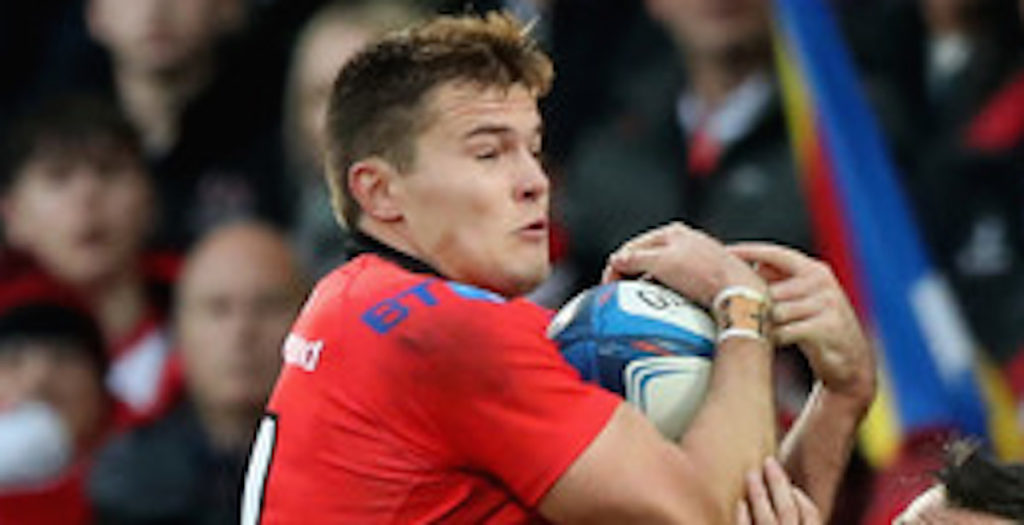 Ireland winger Jacob Stockdale scored another European try for Ulster in the Champions Cup on Saturday after gathering a delicate kick from fly half Billy Burns.

The 22-year-old collected Burns’ kick on the 22-metre line and beat two defenders to score his seventh European try in 12 appearances for Ulster, less than a week after being named BBC Sport Northern Ireland Personality of the Year.

Jacob Stockdale does it again for Ulster 🔥 pic.twitter.com/kuyExArnLI

Burns made more than 100 appearances for Gloucester before joining Ulster earlier this year and the 24-year-old made use of a penalty advantage when he produced the assist for Stockdale.

This was Ulster’s second try of the match and helped them secure a 30-15 win over Scarlets at the Kingspan Stadium on Friday night leaving them in second place in Pool 4, level on points with Racing 92 in first.

Ulster will next host Racing 92 in January with hopes of winning the pool with just two games left to play.

The Stockdale try can be seen 1:45 into the match highlights below

The odds-on favourites for an unprecedented Six Nations

Ireland, Scotland, Wales and Italy will also be looking to impress in a tournament that has been affected by the coronavirus pandemic.