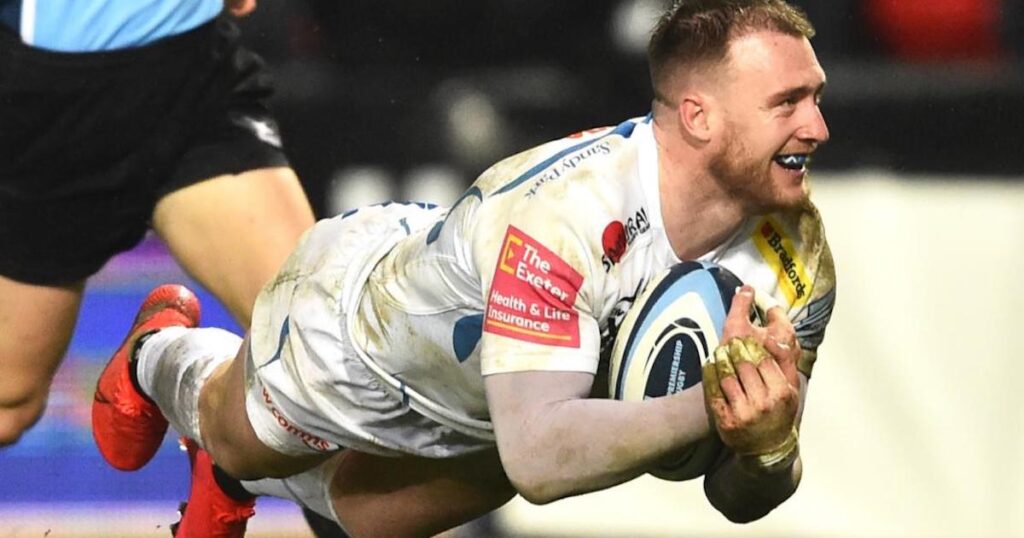 Scotland captain Stuart Hogg has copped a lot of criticism in recent weeks for some of his mistakes in the 6 Nations. Most notably, his botched try against Ireland in which the full-back dropped the ball over the line has been the centre of such flack.

However, Hogg bounced back in spectacular style for Exeter n their away win at Gloucester with a great counter-attack try.

And ever the self-mocking, Hogg made sure he dotted the ball down not once, but twice!

See it below, or if that video doesn’t work in your region, at 2:20 into the highlights video lower down

Stuart Hogg wasn’t letting go of this one! 😅

Great play from the Scotland captain, starting AND finishing the move from his own 22 👏 pic.twitter.com/L11eVivZD8

It was an important try not just for his side, but for Hogg himself. It was the Scotsman’s first Premiership try for Exeter, but it also put to rest some of the criticism that has been flying his way since being made captain of his country.

“I enjoyed that one, and it was good to finish that one off properly this time,” Hogg joked to BT Sport after the match.

For the try itself, it was excellently executed by Exeter. Hogg’s initial acceleration and arching run opened up the overlap which the full-back sent team-mate Sam Simmonds down the touchline.

Hogg then over-ran Simmonds who subsequently played Hogg back onside (an attacking move most Glasgow Warriors fans will be familiar with), which created the mis-match between Hogg and Gloucester Number 8 Ben Morgan and the score.