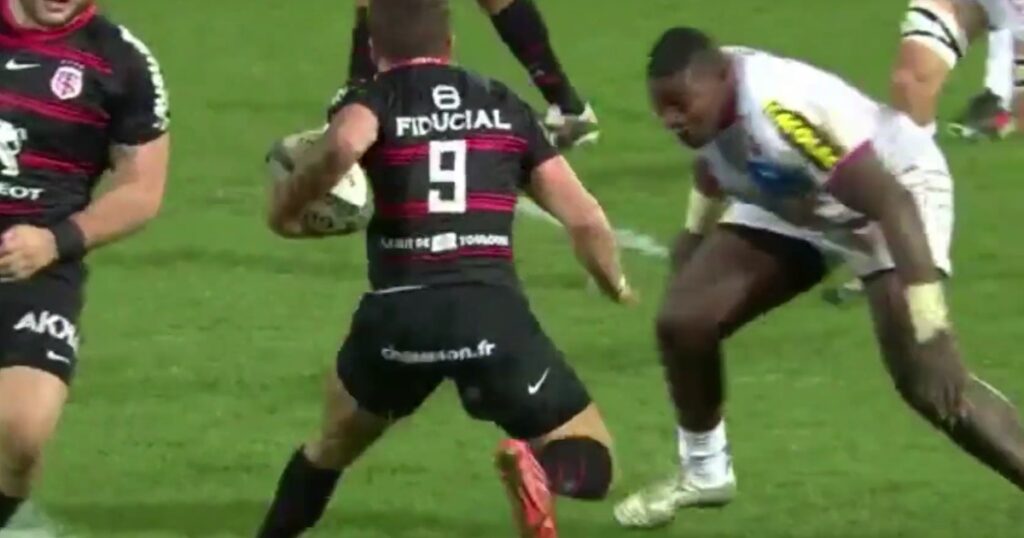 Antoine Dupont is arguably the stand-out scrum-half in world rugby at the moment as his latest exploits in the Top 14 proved this once again, with another superb try in Toulouse’s win over Bordeaux-Bègles.

Dupont, who was named Autumn Nations Cup player of the tournament, has been on an upward trajectory for some time now since making his France debut in 2017. His agility, awareness and strength are key assets but his strike rate for club and country has transformed the role of the scrum-half to more than just supplier.

Toulouse had their internationals back in action for this “Boxing Day” (albeit on December 27) and proved too good for Bègles, scoring five tries in a 45-23 win.

Dupont’s solo effort was by far the pick of the bunch as the scrum-half received the ball in the backline and not at the base of the ruck where he might have been expected to be. Instead, Toulouse showcased its ability to have its players in various positions and make things work.

Starting full back Thomas Ramos was at first receiver and shipped the ball to the start 10 Romain Ntamack positioned at 12. He then passed to Dupont in the line, with the scrum-half drifting back in-field against the rush defence.

Dupont then stepped brilliantly through the line and put on the afterburners up-field before dishing out another sublime step to round the final defender and go in for the try almost under the sticks.

It was a superb piece of individual play and demonstrated just how devastating Dupont is in broken play as well as set-piece.