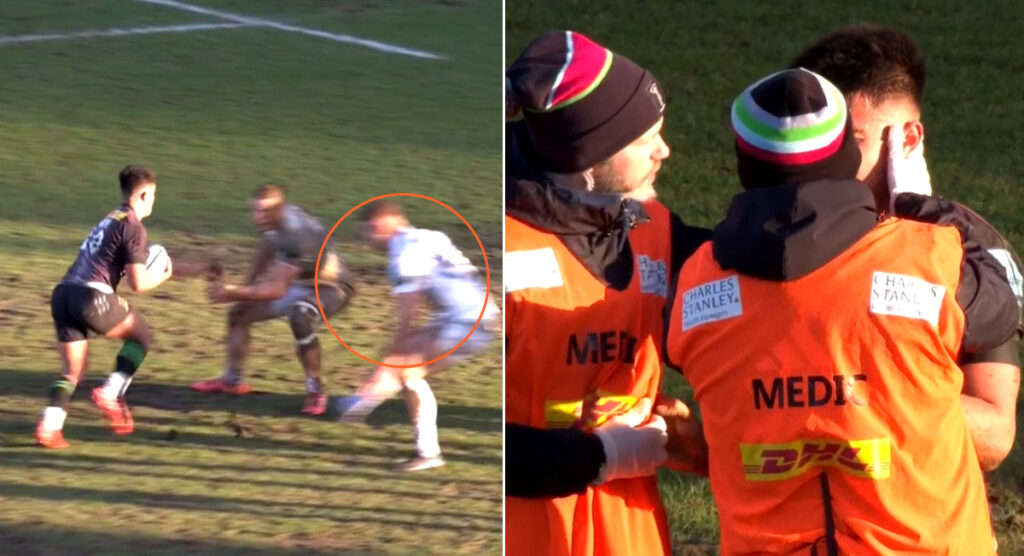 Exeter Chiefs back Ollie Devoto has picked up a sizable ban after he pleaded not guilty to a foul play charge against him that came up after a tackle he made against Harlequins last weekend.

Late in the game, Quins’ number ten Marcus Smith took the ball into contact but was hit in a double tackle, with Devoto coming in second with a swinging arm that unfortunately caught Smith in the face. The ball was spilt and the attack quelled.

The TMO brought it to the referee’s attention and a yellow card was issued, mainly due to mitigating factors.

However, Devoto appeared before an independent disciplinary panel on Wednesday after being cited by independent citing commissioner Chris Catling.

The citing was for dangerous tackling, contrary to World Rugby Law 9.13. Devoto did not plead guilty but was found guilty by the Panel. He is banned from 3 March 2020 to 6 April 2020.

“The Player accepted that he had made a high tackle with a swinging arm and that it made contact with the head of the opposition player,” said independent panel chair, Philip Evans.

“He did not accept it met the red card threshold. The Panel applied the World Rugby decision making framework for high tackles and considering all of the evidence available found that there was a high degree of danger to the Harlequins player as a consequence of the incident.  There were insufficient mitigating factors to reduce the red card to yellow.

“He contested the charge, but other mitigation reduced the sanction from six weeks to four. He will be available to play on the 7 April which includes four meaningful weeks of fixtures.”

What do you think of this decision? Let us know in the comments below