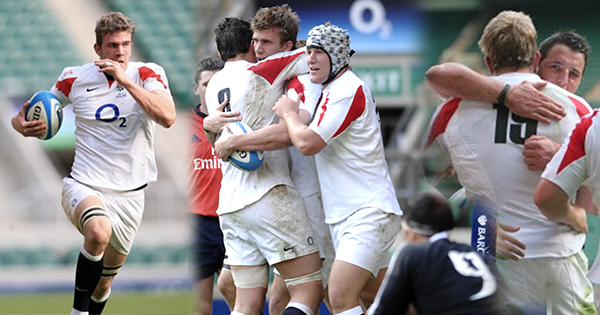 Leicester Tigers, England and British and Irish Lions forward Tom Croft has today confirmed his retirement from professional rugby with immediate effect. He has been forced to retire on medical grounds, after persistent concerns with a neck injury.

“I’ve played professional rugby at Leicester for 12 years and in that time I’ve enjoyed every second of it,” Croft, 31, said. “I’ve played alongside and against some incredible players and made many lifelong friends in the game.

“Unfortunately I have also suffered some reasonably significant injuries and now, after seeking advice on a neck injury, I have to announce my retirement as a player.

“Leaving the game has been a massive decision for me, it is all I’ve known since leaving school, but with the issues I’ve had fitness-wise over the last few years and with my wife and two young kids at home it’s the right time to hang the boots up and move on to the next chapter.”

A Tigers academy graduate, Croft made his senior debut a week after his 20th birthday in 2005, going on to play in four Premiership title-winning teams and in the 2009 European Cup Final during 173 first-team appearances. He also scored 27 tries in a Tigers shirt.

He gained the first of 40 caps for England in 2008 and played in five Tests during two tours with the Lions, memorably scoring two tries on his Test debut for them in South Africa in 2009.

In 2012, Croft suffered a serious neck injury in a league game at Harlequins but returned to action with club and country after an eight-month recovery period.


Croft’s brilliant try for Leicester in 2013

After another neck injury this season and, after consulting a specialist, he has been advised to retire from the professional game.

“There are so many big games to look back on,” said Croft. “But making my debut for Tigers against Gloucester in 2005, gaining my first England cap and wearing the Lions shirt on two tours are up there with my best memories of the game.

“I’ve had great support from so many people and there are so many mates I’ve grown up with in the game, guys like Matt Smith who I first met at school, Dan Cole, Tom and Ben Youngs, guys who I came through the Tigers academy with at a similar time and are still the core of the club today.”

Below is a look at a classic try that Croft scored ten years ago, when the England Saxons beat New Zealand Maori to win the Churchill cup Final at Twickenham.