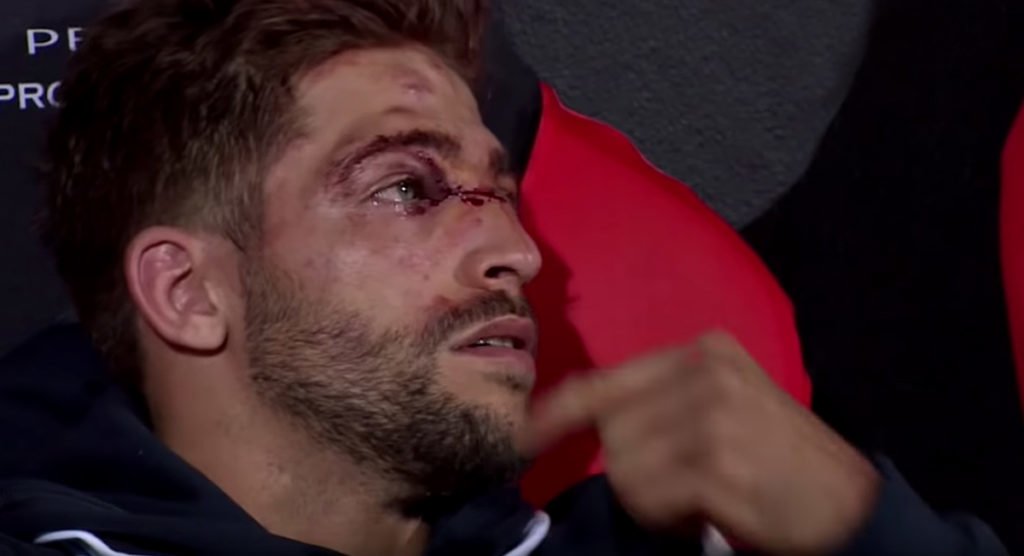 Racing 92 scrum half Teddy Iribaren was the unfortunate recipient of a boot to the face from Toulouse fly half Romain N’tamack in their Top 14 clash on Saturday night. Needless to say, he left the field as the injury left his face bloody and swollen. To add insult to injury, Racing lost the match 30-17.

With a little over half an hour gone, Iribaren went to make a tackle on N’tamack. The fly half changed directions at the last possible moment, causing Iribaren to adjust for a tackle that was probably more awkward than first intended.

N’tamack then struck Iribaren in the face in what appeared to be a completely unintentional circumstance.

Perhaps as injuries go, there are worse. However, few would be excited about taking spikes to the face. It’s a tough sport and this is one of those moments that are bound to happen on a rugby pitch. Credit Iribaren for coming back out after the injury, though he may have been unsure of where he was.

Depending on the extent of the injury, this could be a big setback for a team already reeling from the loss of Maxime Machenaud to a knee injury earlier in the year. Hopefully, Iribaren will bounce back quickly.

He tweeted a photo thanking fans for the messages of support and saying that he is okay.

Toulouse got their third win of the season with three tries, including two to Sofiane Guitoune. Simon Zebo and Juan Imhoff each scored for Racing.