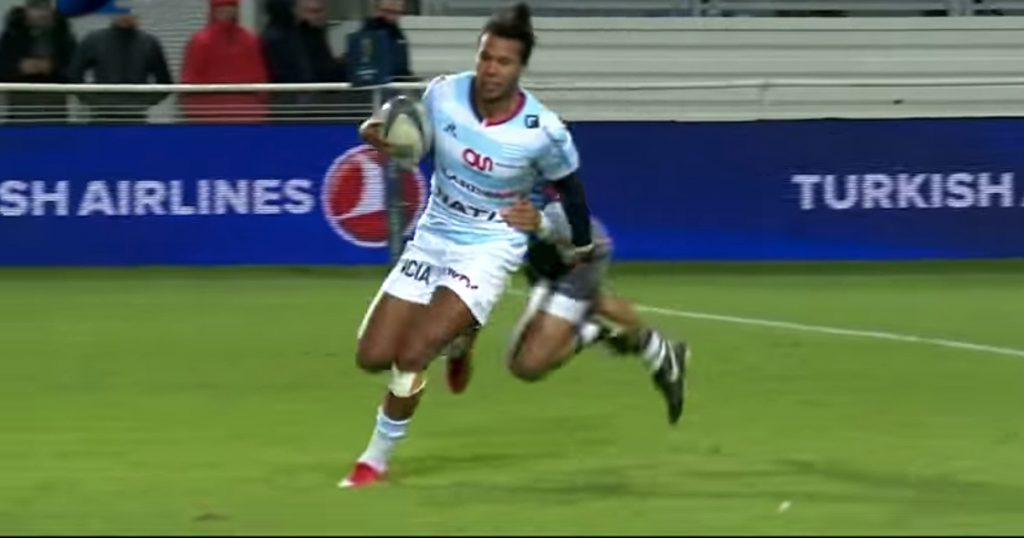 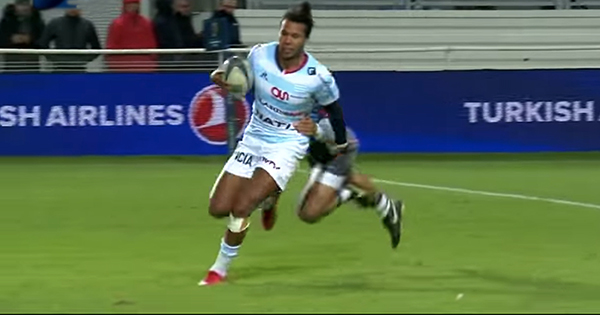 Castres walked away with a 16-13 victory against Racing 92 in their round three European Cup fixture on Saturday evening. In what was a fairly error-strewn affair, Racing’s Teddy Thomas will surely be hiding his face from his teammates after he failed to dot the ball down for what should have been a guaranteed five points.

There wasn’t much to separate the two Top 14 sides in the scrappy contest. Mistakes were made from the start with a disallowed try a piece in the opening minutes and so it came down to the kickers to keep the board ticking over with the halftime score 6-6.

One of those disallowed tries came from Thomas in the sixth minute.

Having made a really good break down the righthand wing he found himself over the line and just needing to place the ball down, however, Castres’ Afusipa Taumoepeau clearly did enough to spook Thomas as he lost control of the ball.

Edwin Maka later got the try-scoring underway for the visitors, twelve minutes after the half, with Ma’ama Vaipulu cancelling that out ten minutes later.

In the final two minutes of the game, with Castres leading by three points, Racing were awarded two penalties with both Antoine Gibert and Teddy Iribaren sending their efforts wide, gifting Castres the win.

You can see the unbelievable Thomas blooper below, and great work by Taumoepeau.