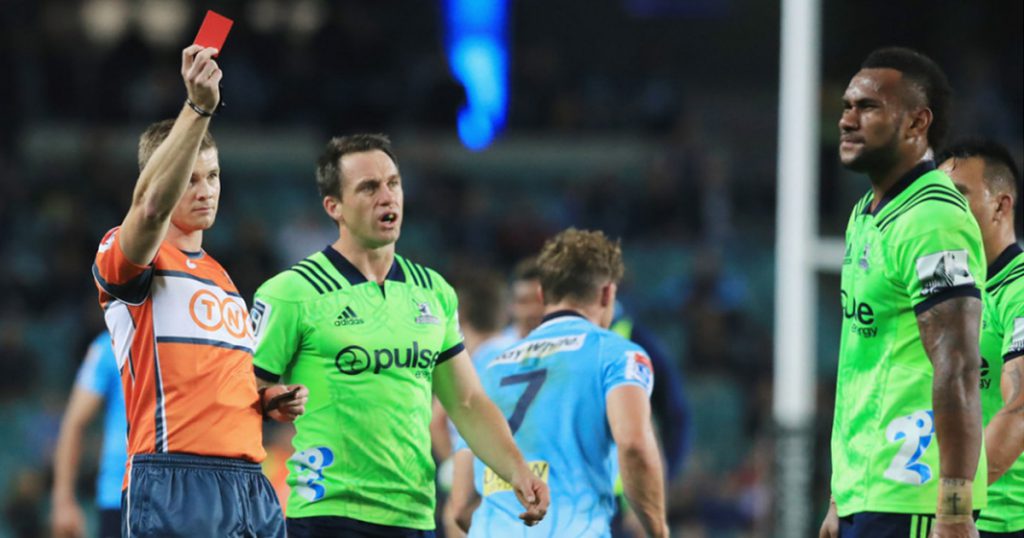 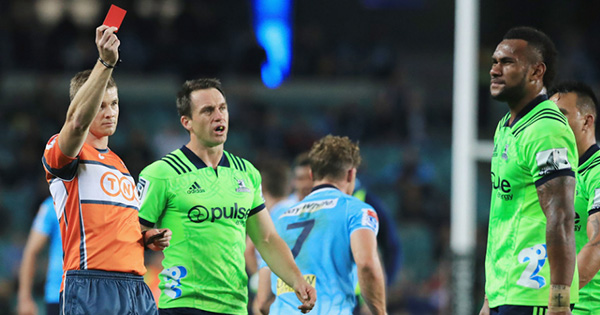 Highlanders winger Tevita Nabura was sent off fairly early against the Waratahs on Saturday night for this crazy act of foul play. As it turns out, it’s still illegal to kick opposing players in the face with studded boots.

This makes the second week in a row that a New Zealand team has committed an act of foul play against the Waratahs. However, this week there would be no heroic, come from behind victory as the Waratahs thumped the Highlanders 41-12, breaking the winless drought over New Zealand competition.

The incident happened in the 19th minute with Nabura collecting the high ball, only to find Cameron Clark‘s face. One could argue intent, but a closer look at the replays would seem to favour a calculated act of foul play, albeit by reflex.

From then on, the visitors were on the back foot as he was removed for the rest of the night.

Adding to the misery, moments later Aaron Smith was given 10 minutes of his own in the bin. Down by eight points and two players, it was too much for the visitors.

Clark appeared fine to let the moment pass, admitting: “I don’t have a martial arts background… He has obviously been taught to protect himself, use the hard parts of your body, and I guess it’s unlucky he’s kicked his foot out at the wrong time and got his timing wrong.

“But nothing on my end. It’s happened, get on with the job”

With the win, the Waratahs were finally able to do something that no Australian team has managed for 40 matches: beat a New Zealand team. And not just beat them, but beat them decisively.

Nabura was scheduled to appear before SANZAAR’s Foul Play Review Committee on Sunday but it was postponed until Monday due to his travel schedule.