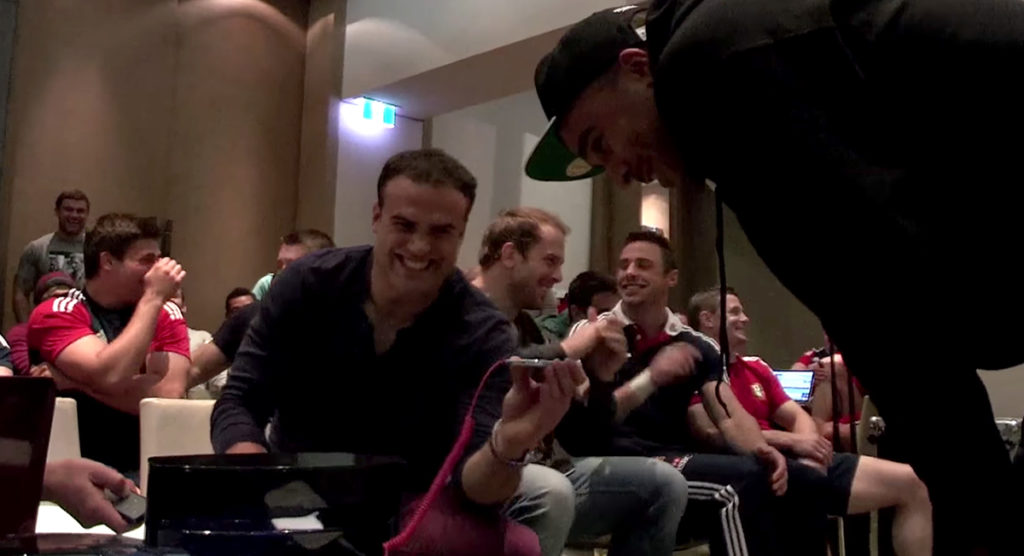 Yesterday was National Telephone Day so the British and Irish Lions used the opportunity to share a classic moment from their successful 2013 tour of Australia.

The clip, from the series dvd LIONS RAW, shows a segment from a fines meeting where one of the duties on the agenda was to ‘phone your club coach and explain why you want to be captain next year’.

Simon Zebo was called up after Conor Murray recounted the story of when he was told by Zebo that time was up, but there was actually 30 seconds left. That footage in itself is well worth watching.

Zebo came forward to roll the dice and landed on number 4, which happened to be the aforementioned task of needing to call his then Munster boss, Rob Penney.

It’s #NationalTelephoneDay and we literally can’t think of a funnier phone conversation than @simonzebo’s back in 2013 asking his @munsterrugby coach Rob Penney if he could be the next captain…. 🤣🤣🤣 NEVER EVER roll a four on the dice game on Tour!!! 🎲📞🦁

You can watch a longer video of it below