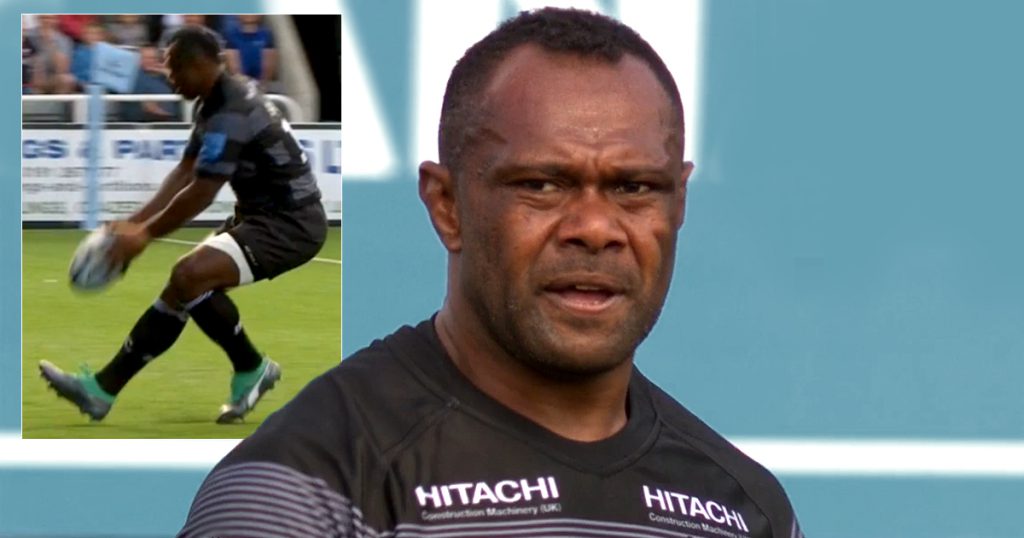 On Sunday Saracens hosted Newcastle at Kingston Park on the opening round of the newly branded Gallagher Premiership. One of the key talking points was this bit of deception from Fijian ace Vereniki (Niki) Goneva, a moment that caused quite a stir.

After a failed drop kick attempt from Owen Farrell, winger Goneva collected the ball and instead of dotting it down as one would have expected, he pretended to by placing the ball on his boot.

Referee Ian Tempest, and just about everyone else, missed the sleight of hand, so when 34-year-old Goneva set off untouched on what eventually became a 110m run down field for a try, he blew his whistle for the 22-metre drop out.

Clearly unsighted, Tempest could only have assumed that Goneva had touched it down.

When asked about it, he referred to Goneva’s act of gamesmanship as a ‘game value offence’, an unfamiliar phrase but one that obviously referred to Section 26 of Law 9 that states: “A player must not do anything that is against the spirit of good sportsmanship.”

It seemed to be a flustered reaction, after he realised he had missed what actually happened.

Tempest came under a lot of criticism for this, with many suggesting he should have let things play out and then checked with his assistants or the TMO to see what really happened.

“When Niki Goneva didn’t touch down I’m amazed that he didn’t allow it to play out and then go to the TMO afterwards,” said Newcastle Falcons director of rugby, Dean Richards.

“That would have been the right thing to do. I don’t know what a game value offence is, but if it’s an offence shouldn’t he be penalised for it?”

Unfortunately for Goneva, and the Falcons, the deception really was too good.

So the game restarted with a 22m drop out, when the ball never actually touched the ground, and Tempest knew it. All in all, it was a tricky refereeing situation. If only he hadn’t blown that whistle.

The BT Sport commentary team were split on the sportsmanship at hand, with commentator Ugo Monye praising the creativity, believing Goneva should have been rewarded for what he did.

It was also discussed post match, as seen in this BT Sport clip below (UK only)

“We want people to creative in rugby and try and find the edge. Brilliant play.”@ugomonye loves the thinking from Vereniki Goneva despite Ian Tempest disagreeing. pic.twitter.com/l8MEAUNdfV