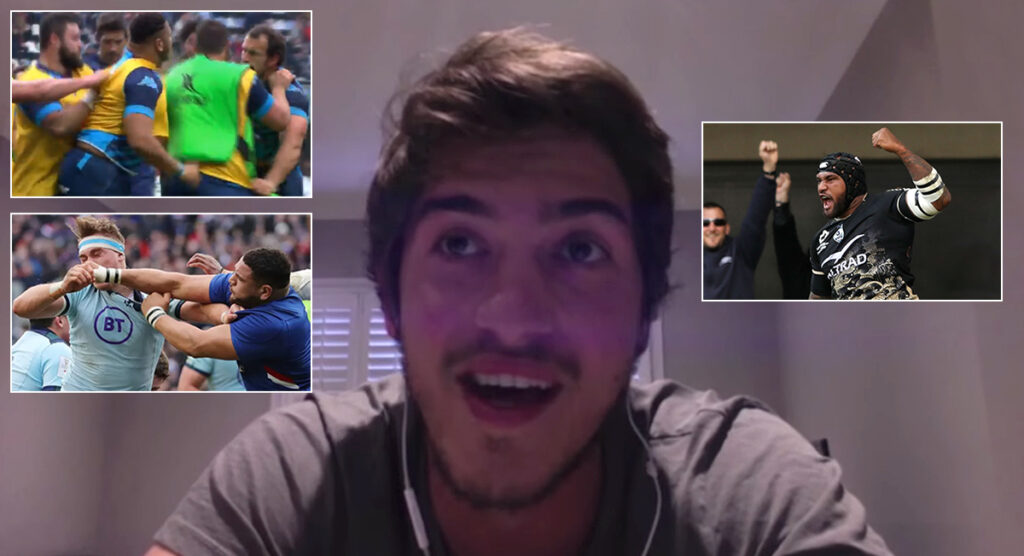 Such has been the lockdown in the rugby world right now, the now infamous Mohamed Haouas punch against Scotland remains the most recent international action this year. There is a degree of context and indeed, past form which perhaps explains Haouas’ actions that day.

Haoaus is in fact the same player that got into a pre-match scuffle with Montpellier team-mate Bismarck du Plessis during a match warm-up in March 2018, which seemed to suggest that the prop forward had something of a short temper.

This assertion was backed up at the time by then team-mate Demetri Catrakilis, who claimed that these things were “very, very common at training.”

Catrakilis also went on to explain that he had actually sold his car to Haouas when he was leaving Montpellier, but felt like he needed reinforcements when doing the deed.

“There was a bit of a disagreement when I sold the car to him,” flyhalf Catrakilis said. “That guy is a little bit of a hot-head, so I wasn’t surprised to see him fighting Bismarck.

“The funny story is that, I didn’t really trust him when I sold him the car! So I called up Nemani Nadolo to come with me to the drop-off because I wasn’t sure he was going to give me the money.”