The big hitters are back this weekend

The Men’s Singapore Rugby Sevens is back in action this weekend! Set over the 9 & 10 April 2022 at the Singapore National Stadium, this will be the first time the competition will feature a full line up of 16 international teams since 2019. This will mean that the highly anticipated return of New Zealand, Samoa and Fiji will all be a part of the pulsating action.

The question on everyone’s lips is how will these mammoths of Sevens Rugby compare to current series leaders South Africa?

With 4 gold medals already in this series, the Blitzboks are leading the charge at the top of the table with a total of 88 points. With a packed out squad for the upcoming tournament, they appear to be showing no signs of slowing down. Keeping their feet firmly on the ground however, 19 try Blitzbok star Selvyn Davids had the following to say:

“There’s a lot of pressure on us at the moment, but we just told ourselves that we can’t focus on the winning streak we have. Now that New Zealand and Fiji are coming back, we know they’re bringing something different through their game than any other team on the circuit.”

“So, our focus just has to stay up there and like we always do, we take every game as a final because we know there’s no easy game on the circuit, every team is stepping up. Every team has been playing there for a while now.”

“Even without Fiji and New Zealand on the circuit the past few tournaments, we just knew we had to stay focused and just focus on ourselves and try to be the best that we can, try to get as close as possible to perfection.”

Perfection is a must when it comes to top level sport, and never more so when you have the likes of the All Blacks and Fiji looking to take you off your perch. 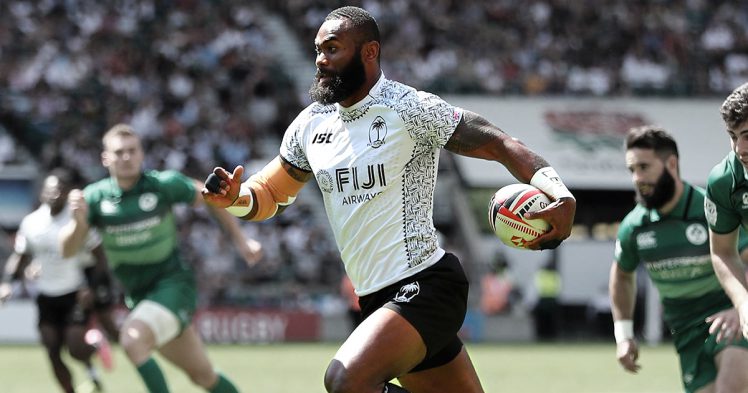 The All Blacks have been one of the most successful international sevens teams in the world, having won the World Rugby Sevens World Series circuit 12 times in total. They return after 2 years of absence with a balanced mix of debutants and experienced heads ready to show the exuberant crowd what they’ve been missing.

Alongside the all black of New Zealand we must never underestimate the white strip of the Flying Fijians and the sheer magic they can provide. The great Waisale Serevi may have retired from playing many moons ago, but the style of play he left behind has not. Win, lose, or draw these athletes will create a festival style of Rugby that will leave spectators in awe.