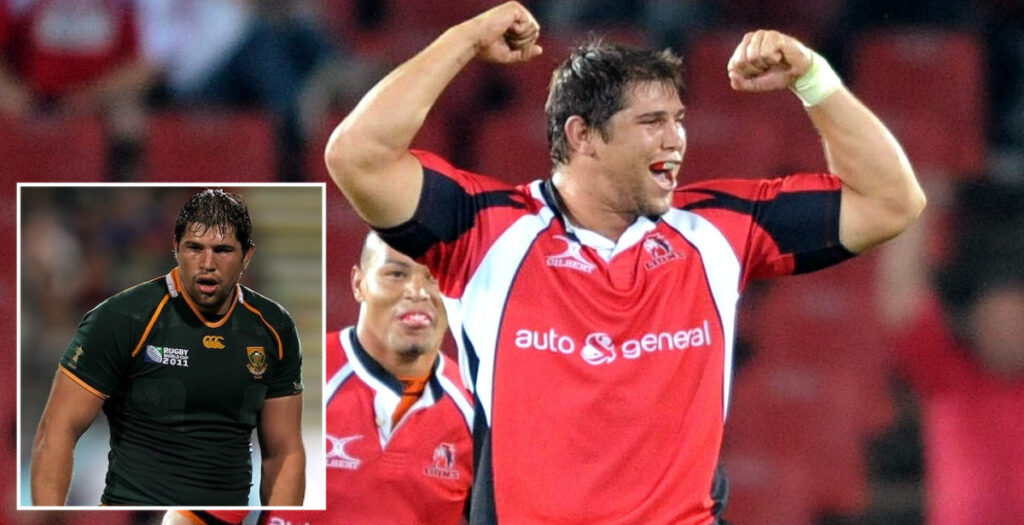 Former Springboks flanker Willem Alberts, known as the Bone Collector to many, has put in some disturbing tackles throughout his long career.

The 6ft 3” forward weighs 120kg and in 2013 Alberts had one of his greatest seasons, becoming one of the most effective and dynamic loose forwards in world rugby.

Now 36, Alberts earned 43 caps for South Africa and has made more than 150 appearances in Super Rugby with a further 79 games in the Top 14 with Stade Français.

But one of his most infamous hits came against the Lions in 2015, when he gathered the ball running at full pace and knocked South Africa sevens star Mark Richards out cold.

More recently the enforcer put in a brutal shot on Waratahs number eight Jack Dempsey during a Super Rugby game in March this year, highlighting the raw power of the big man.