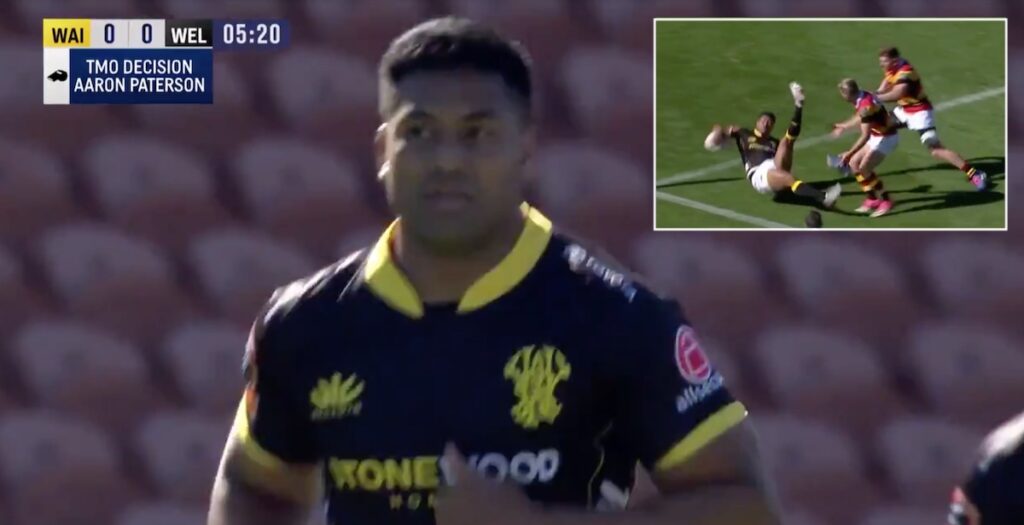 Former All Blacks star Julian Savea scored a ridiculous try on his return for Wellington in Saturday’s Mitre 10 Cup opening round clash with Waikato.

Savea received the ball from his brother Ardie on the blindside of an attacking scrum and powered through two defenders to reach the try line in the opening five minutes of the game.

Having spun out of the first tackle Savea was facing backwards as he approached the line but showed remarkable athleticism to blindly dot the ball down in the corner.

In the words of Christian Cullen.

“The bus is back in service”! Welcome back @juliansavea7.

Despite this perfect start for Wellington it was Waikato who went on to win the game 53-28 at the FMG Stadium and full match highlights are available below:

Savea, 30, scored 46 tries in 54 appearances for the All Blacks making him one of the most devastating finishes in international rugby between 2012-2017.

However his decision to join Toulon in 2018 ended his stint with the New Zealand national side and having now returned to his native Wellington, Savea looks pumped to regain his place in the squad.