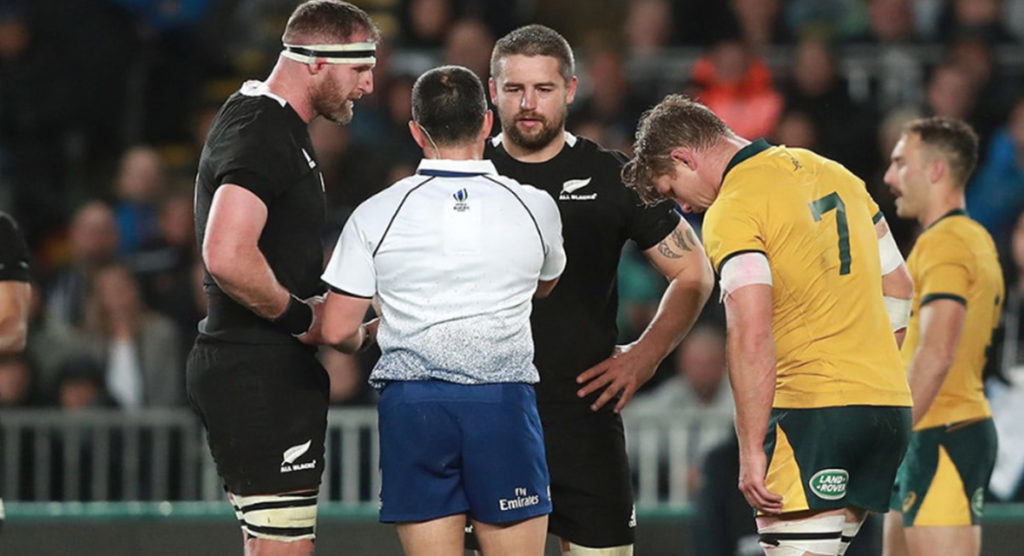 After a rather lopsided loss the last time they met, New Zealand struck back by blanking Australia 36-0 at fortress Eden Park on Saturday night, thereby retaining the Bledisloe Cup. The win will serve as a reminder that despite recent setbacks, they remain a formidable force.

New Zealand Hooker Dane Coles was sent to the bin in the first half after launching Wallaby scrumhalf Nic White into orbit, WWE style. Perhaps Coles was taking out recent collective All Black frustrations, albeit unnecessarily so.

The All Blacks were mauling towards the line before Coles got hold of White tossed him to the ground.

When someone pushes in front of you at the coffee shop 😡#NZLvAUS pic.twitter.com/pcppvU34Fn

However, White had no intention of letting the takedown go unnoticed and was quickly up and pleading with the officials for a review. Replays did indeed show Coles take White past the ruck and make contact with his neck, before tossing him.

Coach Steve Hansen was not impressed afterwards, saying of Coles: “He’s a man who plays with a lot of intent, a lot of attitude in every game he’s played in, including last week… So you’re going to get moments where he could do something that you would probably classify as dumb.

“And that was right up there as good as it can get when you’re dumb.”

After chatting to his TMO, who called it a ‘judo throw’, referee Jaco Peyper was left with no choice but to issue the yellow card.

However, unlike with the Scott Barrett red card, it didn’t affect New Zealand, as they went on to win comfortably.