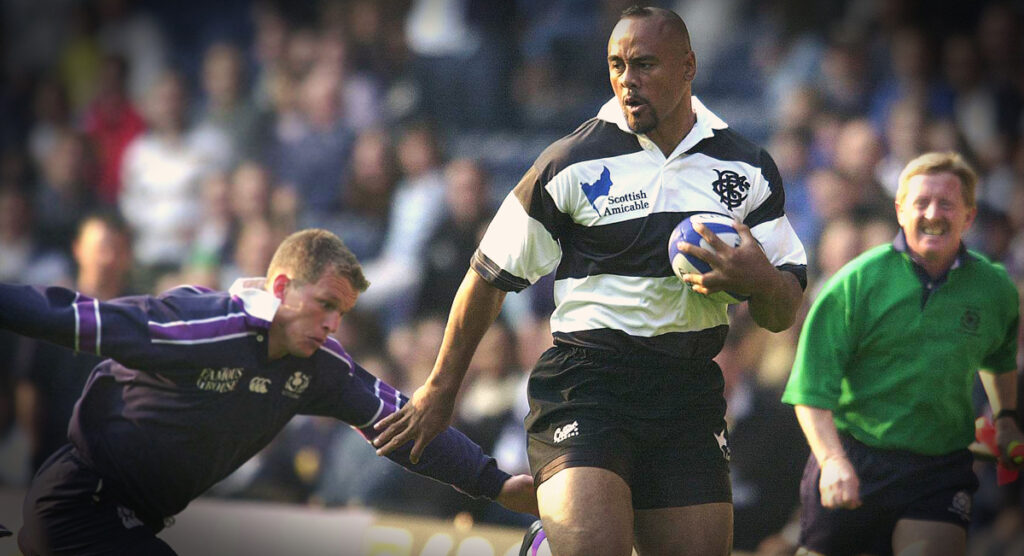 In 2001 All Blacks legend Jonah Lomu suited up for the Barbarians against Scotland at Murrayfield. The results were a devastating highlight reel, including four tries and two assists that could too have added to an unthinkable total of six on the day.

Lomu’s dominance was astonishing at every level, even as an 18-year old against future All Blacks teammates. Perhaps that was never more apparent than the time he played wing for the Barbarians against Scotland when every touch looked like something straight out of his video game.

Cameron Murray and Chris Patterson, in particular, had an exceptionally dreadful afternoon trying to stop him.

Lomu was perhaps the game’s first international superstar. His massive talent was infectious to fans and opposing players alike, as can be seen through the show of appreciation offered by Murrayfield when he is subbed off in the 58th minute.

The game ended 74-31 to the Barbarians, thanks in large part to the great man’s efforts.