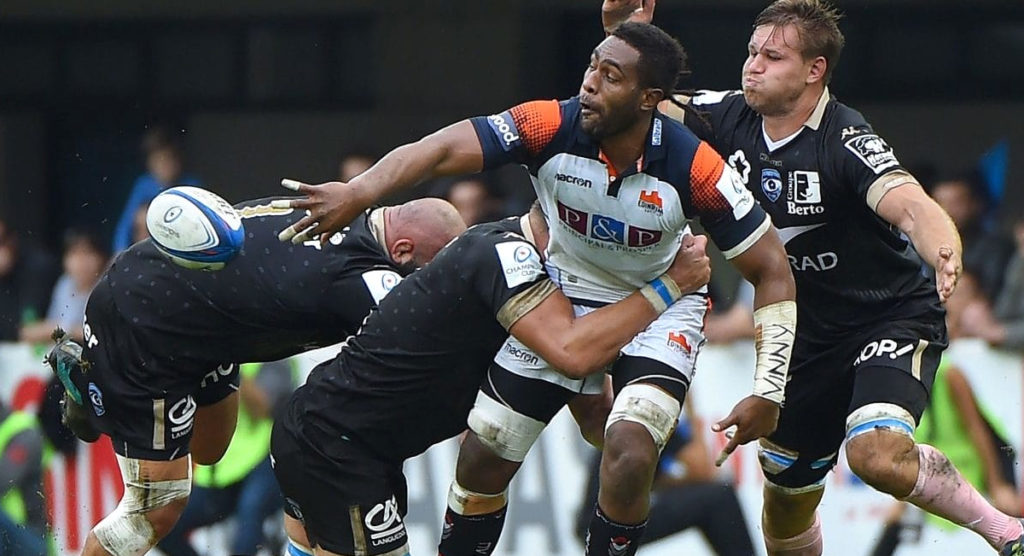 European Player of the Year nominee and Olympic gold medallist, Viliame Mata, has today committed his future to Edinburgh after putting pen to paper on a new one-year contract extension.

Affectionately known as Big Bill in his adopted home, the Fijian international was already contracted until the end of next season but has chosen to commit further to what Richard Cockerill is building in the Scottish capital in a deal that will see him remain at the club until at least 2021.

Today’s announcement is a real statement of intent from the club and one that sees the capital side retain one of world rugby’s most exciting prospects.

Cockerill said: “Vili is one of the most exciting talents in the world right now, so I’m delighted that he feels that his future is here in Edinburgh. We love him, and he thrives in the culture we’ve created around him.

“He’s still a young man, so I’m looking forward to seeing what he produces in an Edinburgh jersey in the years ahead.”

His abilities in open play sent social media into overdrive on his 51st outing in the dark blue jersey, when a sublime offload was collected by James Johnstone to score in a famous win over Toulon in the Heineken Champions Cup at the Stade Mayol.

Mata said: “I’ve had a great time in Edinburgh over the last two seasons. We’ve settled in well and my family loves it here. We’re excited and blessed to be staying in this city for another two seasons.

“The club is definitely growing and I’m so excited to see how we can keep improving. I’m still getting used to the weather here as it’s so different to back home, but I’ve got another two seasons to keep adapting!

“I feel like I fit in really well here and the boys always make me feel right at home. I’m delighted to be extending my stay in Edinburgh, which has truly become a second home for my family and I.”

After signing for Edinburgh in the summer of 2016, the 6ft 5in Fijian made a try-scoring debut for the club, grabbing a brace of tries in the 59-17 European Challenge Cup win over Timisoara Saracens in October of the same year.

Following a run of impressive performances during the 2017/18 Guinness PRO14 campaign – including a sensational score against Southern Kings in December 2017 which saw the Fijian pick up Try of the Month – Mata penned a two-year contract extension to keep him in the capital until 2020. A deal that has today been extended until 2021.

Since his arrival in Scotland, Mata has scored 11 tries in 55 games for the club, reaching the half-century of appearances in last month’s victory over Southern Kings at BT Murrayfield.