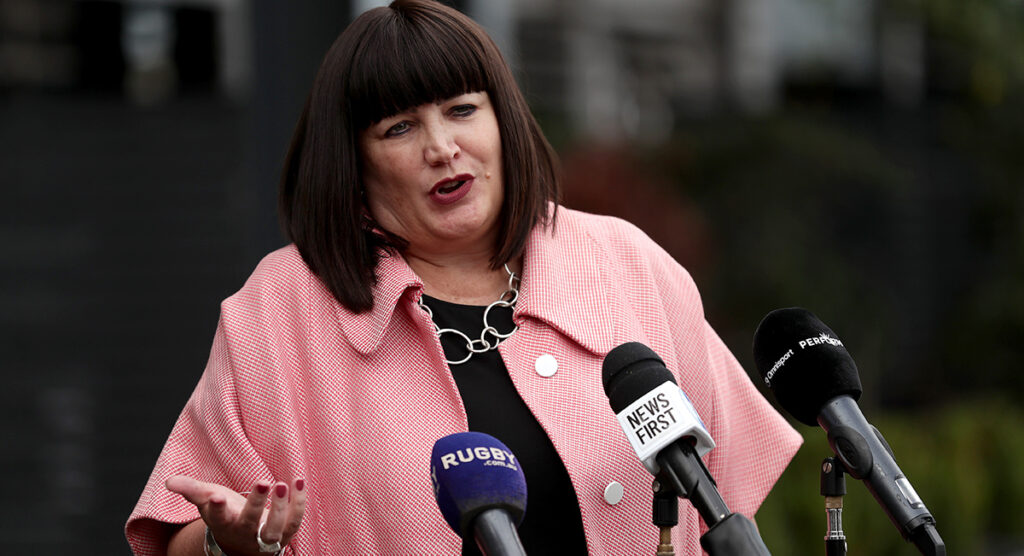 Embattled Rugby Australia chief executive officer Raelene Castle has resigned after being told she had lost the support of the board. Castle brought to an end her tumultuous 2-1/2 year reign today, handing in her resignation to RA chairman Paul McLean.

In a statement provided to the ABC, Castle said she was told RA needed “clear air”.

“I love rugby on every level and I will always love the code and the people I have had the honour of working with since I took this role.

“I made it clear to the board that I would stand up and take the flak and do everything possible to serve everyone’s best interests,” Castle said.

“In the last couple of hours, it has been made clear to me that the board believes my no longer being CEO would help give them the clear air they believe they need. The game is bigger than any one individual – so this evening I told the chair that I would resign from the role.

“I will do whatever is needed to ensure an orderly handover. I wish the code and everyone who loves rugby nothing but the best and I would like to thank the people I work with and the broader rugby community for their enormous support.”

Castle’s tenure came under growing pressure this week when a group of 10 former Wallabies led by World Cup-winning captain Nick Farr-Jones signed a letter calling for a change in RA’s administration.

Castle met with Super Rugby chief executives on Thursday morning to plot their way through the coronavirus and gave no hint she believed her time in the role was up.

She was however a late withdrawal from a meeting with the state chairmen to go over RA’s 2019 balance sheet and financial position.

A tumultuous final year in charge included a costly legal battle following the sacking of superstar Israel Folau, a poor World Cup performance and failure to reach agreement for a broadcast deal.

Castle completed an interview with ABC TV prior to her resignation and said then that she believed David Rennie would honour his contract to coach the Wallabies regardless of her situation.

“Ultimately he knows that things can change and I know he has a desperate desire to coach the Wallabies. He’s done a lot of work and he’s excited about the young talent coming through,” she said.

“He will come here regardless of where I sit.”