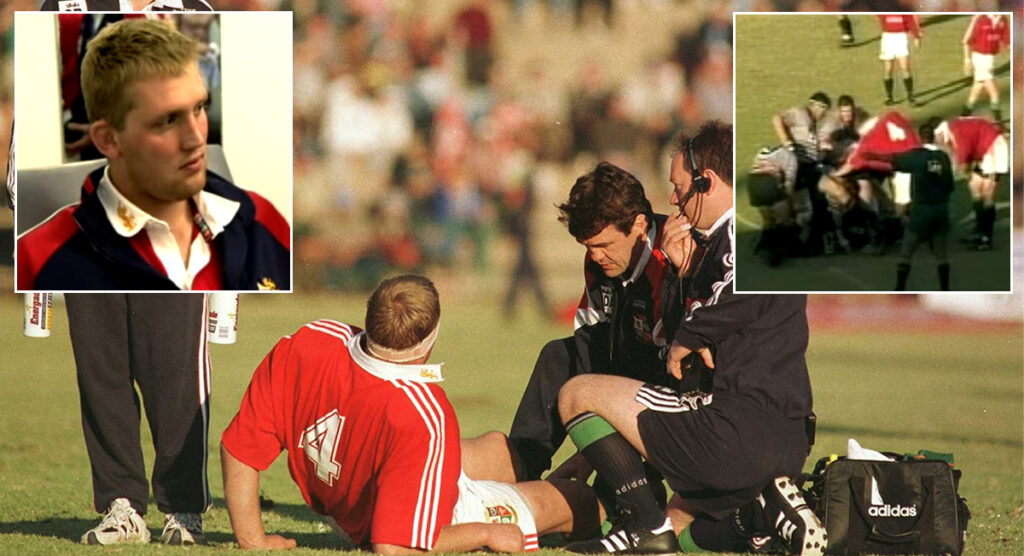 Scotland legend Doddie Weir has been going through a well publicized battle with motor neuron disease (MND) and has received large amounts of support from the rugby public. Looking back to early on in his career, here is a moment that most fans will not forget.

Sadly, it’s hard to forget for all the wrong reasons, as it was a piece of horrendous play that injured the second row and ultimately ruled him out of the rest of the tour of South Africa.

Playing in a midweek fixture in a heated clash against Mpumalanga, Weir had his knee stamped on by lock Marius Bosman.

He soldiered on for a few minutes but had to leave the field, replaced by Simon Shaw.

The Lions won the match 64-14 but it was soured by the injury to young Scot, Weir.

“The stamp on Doddie was a cold-blooded act totally out of context with the game,” said a furious Ian McGeechan at the time, the Lions coach.

“Under the terms of the tour agreement we cannot cite the offender because the incident was dealt with by the referee, but the fact remains that Doddie has a medial ligament injury that may prove very serious.”

And serious it was, as Weir’s tour came to an end due to the injury. The heartbreaking moment he was told, and reality set in, was captured on the Living with Lions DVD, as you can see in the video below.

If you would like to support Weir in his quest to help others with MND, please visit the My Name’5 Doddie charity website