The instigator: Pascal Papé's dirtiest moments for both club and country 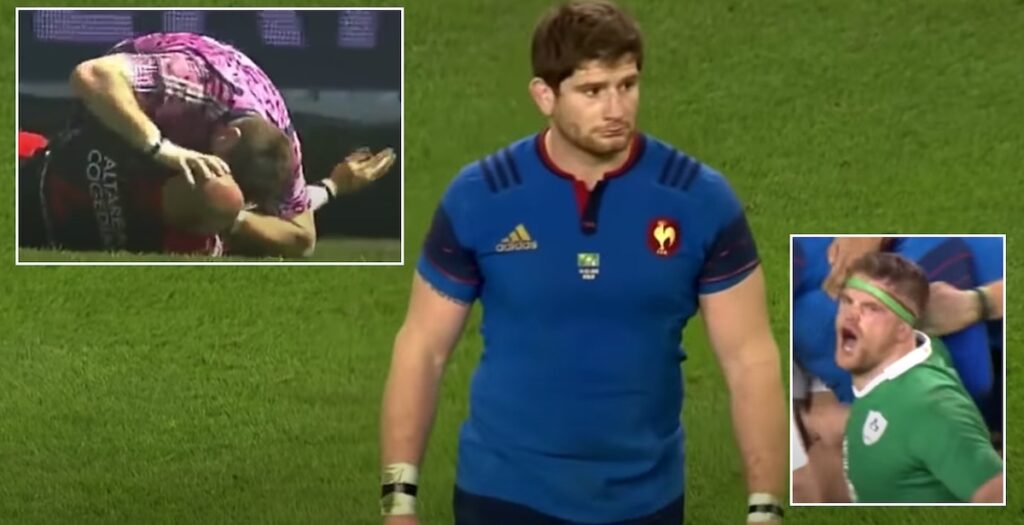 Former French second row Pascal Papé was known for instigating confrontations on the pitch throughout his international and club career.

Now 39, the 122kg lock was an enforcer for France and Stade Français but was often punished by the referee for his actions.

He was famously shown a yellow card for a knee to the back of Ireland legend Jamie Heaslip and more often than not Papé would play the victim once shown a card.

The following compilation highlights the very best examples of Papé sparking handbags on the pitch as well as his playacting and fighting:

Papé made 65 appearances for France over more than a decade and finished his career in 2017 just shy of 200 games for Stade Français.