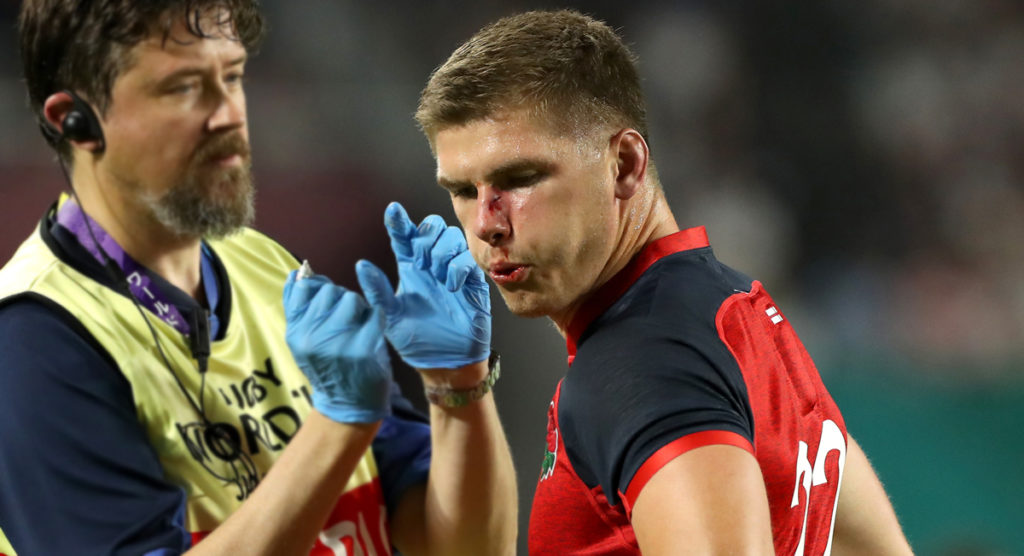 The USA’s John Quill received the first red card of the 2019 Rugby World Cup after he clattered into Owen Farrell recklessly ten minutes from time. The irony of the hit has not been lost on some fans, who took great pleasure in seeing Farrell on the receiving end of this kind of tackle.

England didn’t have too much trouble with the USA, winning the game 45-7 after leading 19-0 at the break.

The USA were reduced to 14 players ten minutes from time though, as flanker Quill flew into Farrell dangerously.

Oh dear… the first red card of the #rugbyworldcup pic.twitter.com/lyI9E6q3An

It didn’t take long for the memes to start, as the irony was clearly evident.

Oh did Owen Farrell get hurt in the rugby due to dangerous tackling…?

Irish born Quill has been cited and faces a disciplinary committee in Tokyo today. If the Reece Hodge ban is anything to go by, his Rugby World Cup could be over.

For now though, fans will continue to dine out on the what many are calling a serious case of karma.

Meanwhile England’s Piers Francis has also been cited, for an unpunished tackle he made in the opening seconds of the contest.

@WorldRugby can you please referee matches fairly England vs USA is an example, should this not be a red card, but yet the hit on Owen Farrell is a red card pic.twitter.com/0I6AozsnYJ