The poignant meeting between James Small and Jonah Lomu 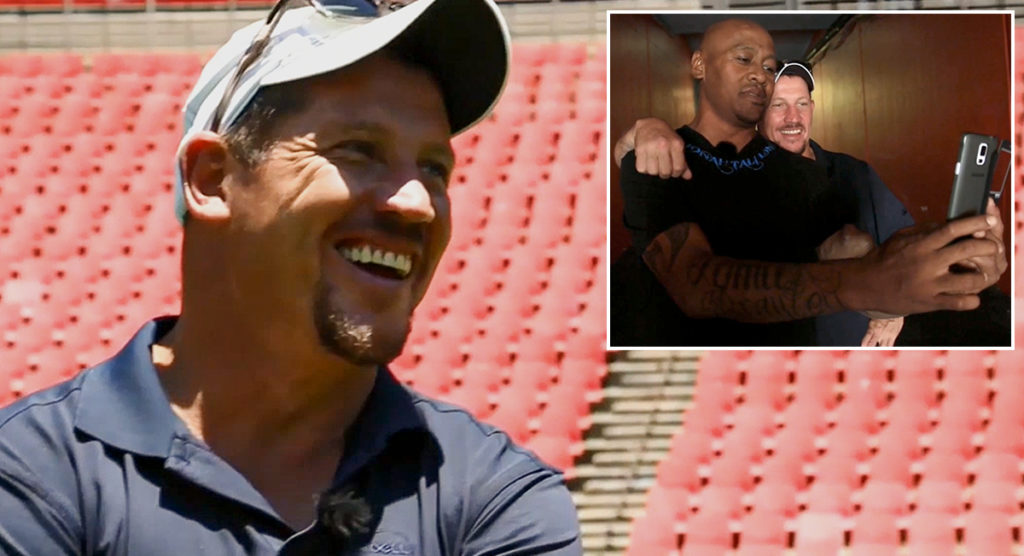 Since the shocking passing of Springbok World Cup winner James Small earlier this week, tributes have poured in from the rugby world. One of the key figures in Small’s life story, Jonah Lomu, met with him a few years back for what is now a very touching interaction to watch.

The South African winger was just 50-years-old when he suffered what is believed to be a fatal heart attack, leaving behind two children.

Lomu, who passed away in November 2015, travelled to South Africa a few months before that to retrace some of the footsteps he took during that incredible 1995 Rugby World Cup, the tournament that introduced him to the world.

Not in great health, he met up with Small, the man who was tasked with stopping him in ’95 after he had blown everyone else away, including England in the semi final.

The meeting between the two wingers, as part of the documentary Jonah Lomu – Back to South Africa, was beautiful to watch, especially in light of what happened this week. May they both rest in peace.