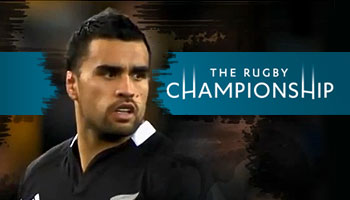 This year, 2012, will be remembered as the year that Argentina joined the top three teams in the world as the Tri Nations became a thing of the past and the inaugural Rugby Championship was launched. Today we look back at some of the best bits from it.

While the All Blacks had a minor hiccup as they lost to England in their last game of the season, and drew 18-18 with the Wallabies, the Rugby World Cup winners had a dominant year.

Their form in the Rugby Championship reflected that as they went unbeaten and played dazzling rugby throughout, as players such as Kieran Read, Israel Dagg, and Richie McCaw cemented their reputations as the best around in their respective positions.

Newcomers Argentina weren’t able to pull off a win but did perform above expectations in their first ever annual tournament and gave both the Springboks and the Wallabies a few serious scares at home. Their inclusion will surely have a massive impact on the standard of rugby in South America.

For the Springboks it wasn’t a great tournament, however they did unearth new talent and score a decent amount of tries, with Bryan Habana’s against New Zealand voted IRB Try of the Year.

The Wallabies struggled with injuries and off-field controversy but produced when it counted and ended second on the table, with coach Robbie Deans managing to avoid the axe despite many in the country still maintaining that he is the wrong man for the job.

With the help of talented contributor Tim Freudenthal (from Hamburg Exiles), we’ve put together a video that features the best tries and memorable moments from what was a fantastic tournament.

What did you enjoy most about the inaugural Rugby Championship?

Time: 4:21
Music: Underdog by Kasabien
Note: If the video isn’t working in your region, you can try this link