The Rugby Club Super Rugby Plays of the Year for 2012 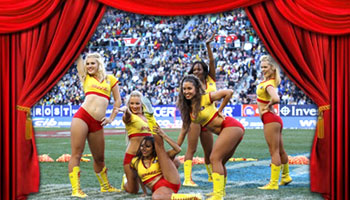 It’s been two months since the Chiefs lifted the Super Rugby trophy and today, thanks to the great work from the crew at the Rugby Club in Australia, we look back at the best, worst, and most bizarre from what was another fantastic tournament.

There were many moments that stand out, and it’s safe to say that we all have our favourite memories from the season. Sean Maloney at Fox Sports has put together the best of them.

In the best tries category the Cheetahs came in third place with a scorcher against the Crusaders, while the number one try of the season went to the Chiefs and speedster Asaeli Tikoirotuma, who scored a hat-trick in that classic game against the Blues.

Adam Ashley-Cooper’s cartwheel gets a mention, as does Danny Cirpriani for his celebration after scoring a great try, and tweaking his hamstring in the process.

In what is possibly the most popular category, there were a whole host of spine tingling hits, but you can probably guess who won it. Yes, not many became as feared as Hurricanes hooker Moto Matu’u, after he put himself on the map by sending a few Rebels players to hospital for the night.

Once again thanks to the good folk at the Rugby Club for not only a great show, but some fantastic segments, including the great Plays of the Week. We’ll post their best of the Tests soon.

You can view the full clips of some of these great moments in the Related Posts down below.