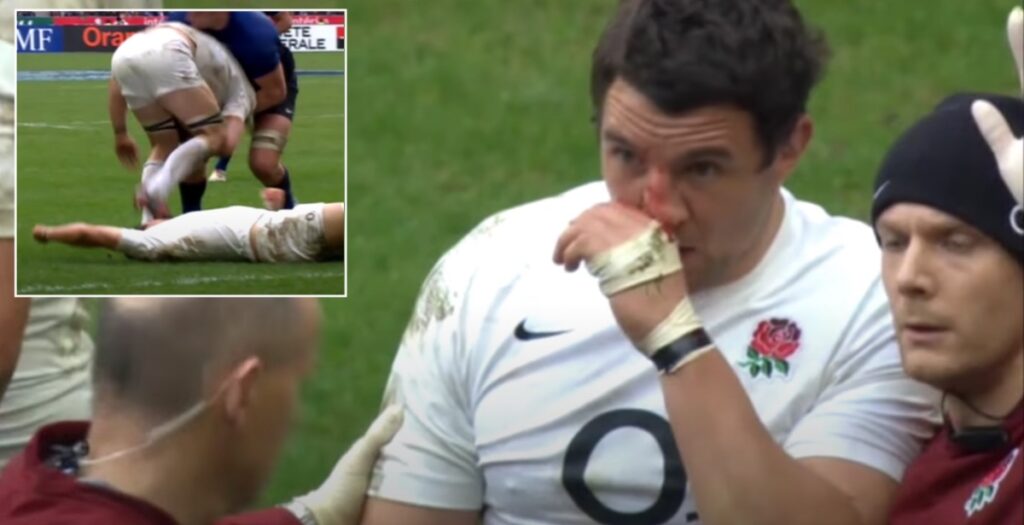 In 2012 former England number eight Phil Dowson received a brutal double-blow after dramatically saving a try against France in Paris.

The Northampton legend heroically prevented a certain try for France late on with a diving save to regather possession for England but was knocked out cold by the knee of Wesley Fofana.

As Dowson lay motionless on his back, Tom Croft secured the ball for England but accidentally stamped on his teammate’s face as he took on Pascal Pape.

Referee Alain Rolland stopped the game immediately and scrum half Ben Youngs removed Dowson’s mouthguard as the doctors ran onto the pitch.

Dowson struggled to his feet with blood trickling out of his face and was unable to continue.

This heroic moment helped England to a 22-24 win at Stade de France in round four of the competition. Full match highlights are available below: