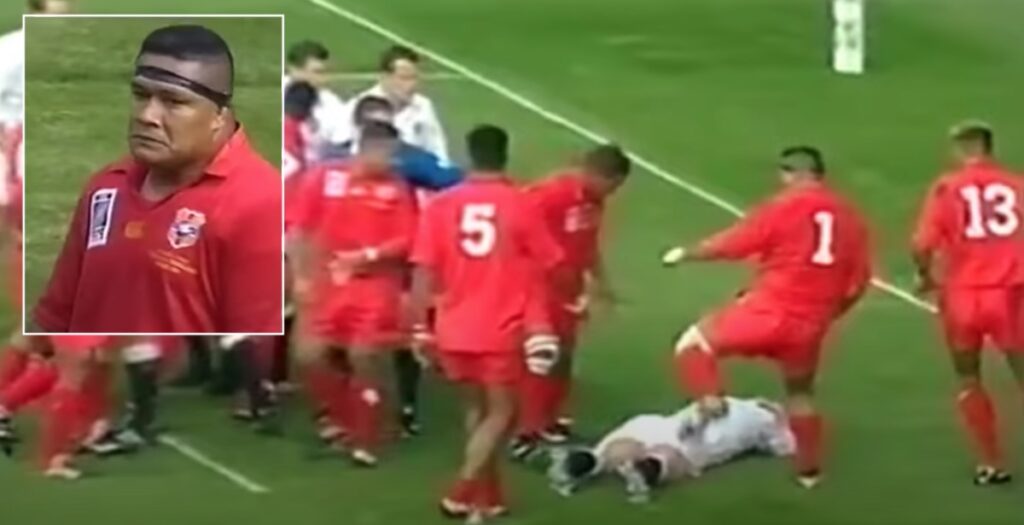 During the 1999 Rugby World Cup Tongan prop Ngalu Tau was shown a straight red card for laying out Richard Hill at Twickenham.

Tau took a run up and dived into Hill leading with his forearm straight to the England flanker’s face, leaving him motionless on the floor.

Perry’s teammate Phil Vickery took exception to the challenge and smashed Tapueluelu with a crunching tackle which sparked handbags on the field, before Tau came out of nowhere to level Hill.

Tapueluelu and Vickery were both sent to the sin bin while Tau was shown red and England went on to beat a 14-man Tongan side 101-10.