These are the 3 leading Premiership try scorers, but only one has made the England squad 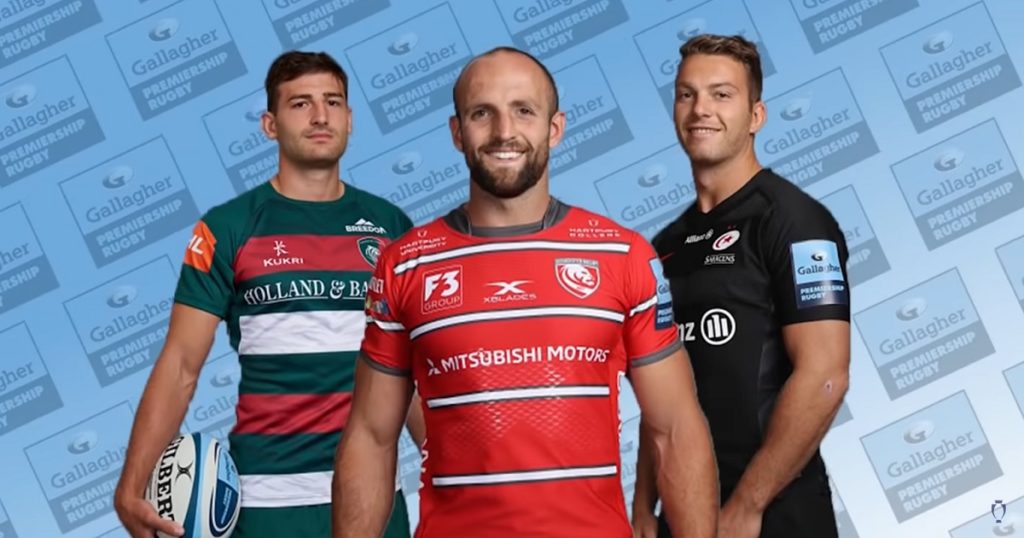 While Eddie Jones announced his England squad for the upcoming Guinness 6 Nations last week, the three top try scorers in the Gallagher Premiership were in European action for their clubs. And they’ve certainly made their mark on the stats machine this season, as Alex Lewington (Saracens), Jonny May (Leicester) and Charlie Sharples (Gloucester) have proven.

Sharples and May lead the way on nine tries for the season so far, with Lewington on seven after his off-season switch to Saracens. Yet it is only May who made the cut for inclusion in Jones’ England squad.

This, perhaps, is to the Premiership’s advantage more than anything else, and particularly to their clubs who will be counting on their marksmen for the best part of two months.

Former Notts County Academy footballer Lewington made his name known when at London Irish, but has only made one start for England Saxons. His switch to Saracens has reinvigorated the 27-year-old, with Lewington often taking over the #11 shirt occupied by the likes of Sean Maitland and Liam Williams.

His finishing this season has been highly impressive and has certainly caused a few ripples regarding selection for his country. Whether Eddie Jones will give Lewington an opportunity before the World Cup remains to be seen.

His finishing stands for itself, and while his club Leicester are in a bit of a mess this season in terms of form, Jonny May remains one of the most exciting attackers in the game. His lanky frame is deceptive and with pace to burn, he is a difficult player to stop.

Another attribute of May’s game which will surely cause problems for defences this year is his tracking off the ball. It’s often the unsung work of a winger and May’s placement – usually off the shoulder of George Ford – has reaped a lot of benefit this season so far.

At 29-years-old, it is fair to say that Charlie Sharples’ aspirations of making Jones’ squad are numbered, but that’s not to say that the Gloucester man hasn’t still got it. Capped four times for his country, Sharples scores tries for fun and with 56 of them in 184 starts for his club, he is something of a fan favourite.

This season, he has been on top form again as Gloucester remain hot on the tails of third placed Harlequins in the Premiership table.

These are the 3 leading Premiership try scorers, but only one has made the England squad | RugbyDump - Rugby News & Videos