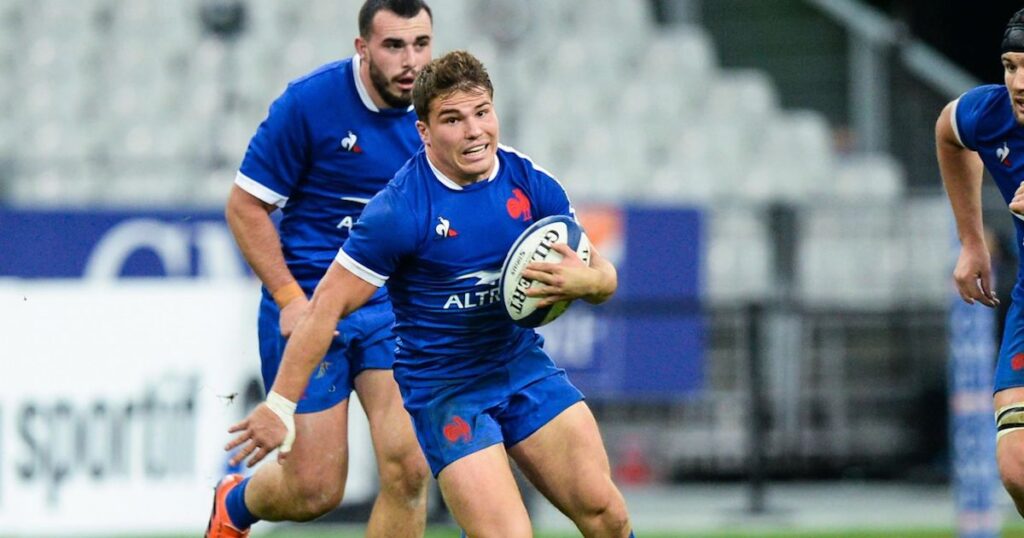 The news that France’s Antoine Dupont was among five players to have tested positive for COVID-19 this week comes as a huge disappointment to fans of the game, as the influential scrum-half will miss next weekend’s Six Nations match against Scotland in Paris.

These cases reportedly stemmed from a France Sevens player who caught the virus and became a close contact while training with the squad. The player hasn’t been named and no further information has been revealed by the French Rugby Federation (FFR).

It is the first time this Six Nations that a positive case has been found, and while it was perhaps inevitable, losing arguably the best player in the world right now in Antoine Dupont is sad to see.

Dupont’s most likely replacement for the third round match against the Scots should he not make the squad is Toulon’s Baptiste Serin.

Serin, alongside Clermont’s Sébastien Bézy, was part of Galthié’s 31-man squad to prepare for the Scotland match, and would appear to be the next best option at scrum-half to Dupont. But what impact will Dupont’s absence have on the French team, and can Serin steer the ship in a similar way in Paris?

Dupont’s all-round performance is second-to-none and this will no doubt be missed. But Serin is an efficient player, albeit with a slightly looser, more indpendent game. Serin is more likely to take a quick tap penalty than Dupont and is a proficient goal kicker as well, while Dupont has more control over structure, box kicking and bringing forwards onto the ball.

The continuity of Dupont may also have an impact on the rest of the squad, although one would imagine that with full match preparation with Serin at the helm, this won’t be an issue. On top of that, barring injury or Covid, Serin is likely to turn out alongside Mathieu Jalibert, who he played with at Bordeaux-Bègles.

France are a confidence side at the moment and if the last 12 months have shown us anything, it’s that their strength in depth is equally as impressive. A largely second-string side nearly beat England in the final of the Autumn Nations Cup, leaving few in any doubt that France has returned to the top table and has the depth of squad which suggests even losing someone as important as Dupont, is unlikely to affect their flow.

Serin is also playing for a Toulon side which is flourishing in the Top 14 again, playing a similar sort of game to the national team. Led masterfully by club captain Charles Ollivon, if France suddenly crumble and lose direction through the loss of Dupont, it would be most unusual.

The same can be said about Villière’s absence, with Teddy Thomas again the most likely to step in alongside Damien Penaud. France has already had to deal with depleted resources in their squad this campaign and showed that they were more than capable of stepping up to the task. Racing 92’s stand-out winger Donovan Taofifénua has also been called up to the wider squad and could join the bench next weekend.

Virimi Vakatawa meanwhile was meant to be the player to watch out for this season, but an injury on the eve of the tournament meant that Arthur Vincent was called in as first choice outside centre alongside Gaël Fickou, but he too has been forced out of the Scotland match. That means that Jonathan Danty, Pierre-Louis Barrassi and Yoram Moefana – all of whom have been capped by France – are now left to man the central mid-field alongside Fickou.

Finally, with the loss of Haouas, you might be forgiven for thinking that France are now sweating for options in the front row. But this is another area where the squad is blessed with resource. Uini Atonio was a second half replacement in the victory over Ireland and provides ample might in the pack.

The situation is far from ideal for Galthié’s men, but if they are to win the Six Nations for the first time since 2010, France will have to come up trumps in adversity. This is by far the greatest test they have faced in Galthié’s tenure.