This Will Greenwood drop goal innovation is actually being taken seriously 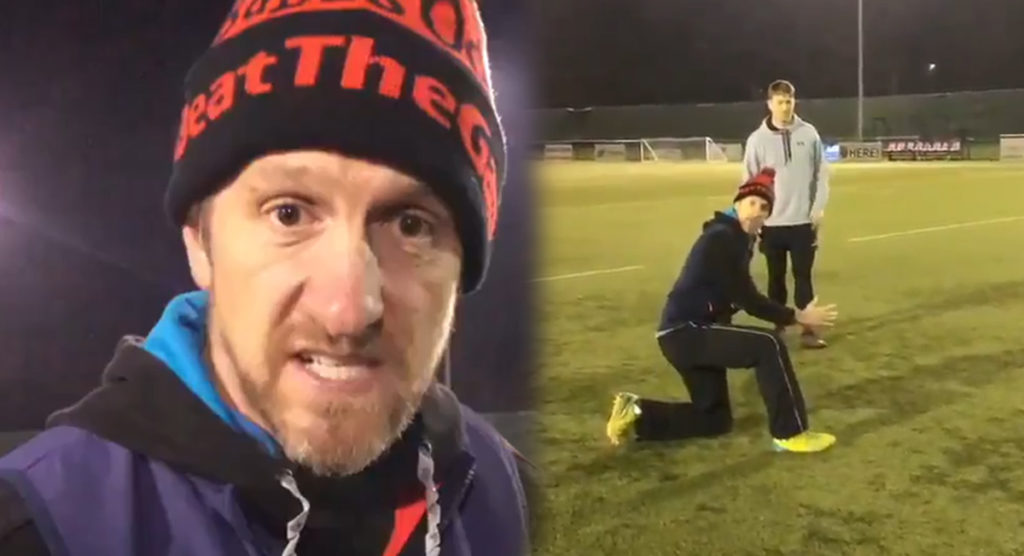 Former England centre Will Greenwood has come up with a new and innovative way to slot drop goals, causing quite an amount of debate. The method has been called something that might change the sport, but the sceptics are still out there, and most will say rightly so.

Greenwood, who was there when Jonny Wilkinson famously slotted a match-winning drop goal in the 2003 World Cup final, released this short video on twitter this week.

The concept is fairly simple – get someone else to ‘drop’ the ball, rather than the guy who does the kicking. The thinking behind it is that as it’s closer to the ground, there is less chance of error and all the kicker needs to do is swing through towards the posts, thus creating the ‘unmissable drop goal’.

My unmissable drop goal – no rehearsal..
The person who drops it does not have to kick it.
No Knock-on.
Kicker just has to swing through to the posts.
Removes poor drop/placement as dropped from low height.@canterburyNZ #beatthegame pic.twitter.com/Z77YwkTigL

With Greenwood being his usual passionate self, it’s difficult to tell how serious he really is. Especially when taking into account that he tagged a brand, Canterbury, in his post.

The obvious comparisons to field goals in American Football have been made, with the only difference there that it’s placed, not dropped.

.@Nigelrefowens would there be any issue stretching this towards an NFL style field goal? Person already in position to catxhbpass and place on ground for kicker. pic.twitter.com/ddzR3Ze7oT

Even if this is legal, which it may well be, there are a number of factors that have to be taken into account.

Not many varieties, Right or left foot. A dummy. A step. Lining up the ball like this is surely asking to be charged down ? It looks great, slick and all, but. Surely it’s predictable for defenders. The 2 seconds from scrum half to kick. 20 meter could be covered to block.

And if this were actually ever attempted in a match, a revision of the law book may well be needed.

Clever thinking, but …. There’s an implied expectation that the same player drops & kicks it. Laws aren’t written to specify every eventuality, so it’s not a legitimate drop kick imho.

Gimic or serious? Let us know what you think of this, either way!