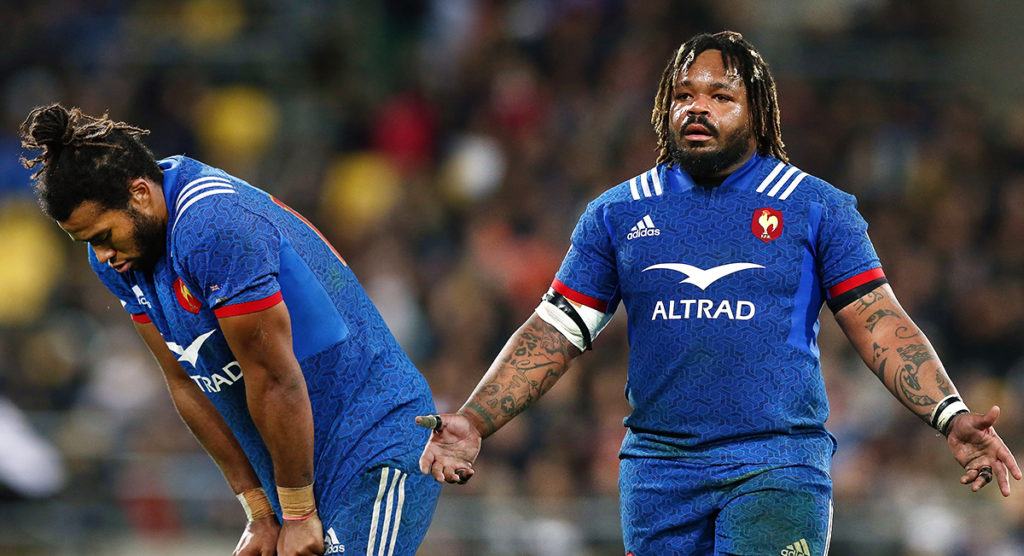 After France head coach Jacques Brunel announced his training squad for the World Cup in Japan, there were a number of surprises but Mathieu Bastareaud has perhaps been the most noticeable omission.

The 54-cap centre was France’s vice-captain for the Six Nations this year but has paid the price for Toulon’s poor form this season. Furthermore, Brunel has emphasised the importance of fitness, which is perhaps by the 19 stone Bastareaud and the 24 stone Uini Atonio have both missed out. France’s greatest weakness over the past few years has been their fitness, and it looks as though that issue is being addressed.

After a sensational season with Top 14 champions Toulouse, Sofiane Guitoune has rightfully earned a recall ahead of Bastareaud, who was expected to depart for Rugby United New York after the World Cup.

However, despite the furore surrounding Bastareaud’s absence, the biggest surprise to many fans on social media is Racing 92 winger Teddy Thomas’ exclusion.

No teddy Thomas ?? No vakaraki ??those two at 13 and 14 are absolute weapons

The 25-year-old has been overlooked in favour of Clermont’s recently qualified Alivereti Raka, who is still uncapped. While Thomas has not had the greatest season due to persistent injuries, some would have felt that he has done enough over the past 18 months for both France and Racing to warrant a place in the squad.

The winger has exceptional movement and balance, which makes him such a danger whenever there is space. His ability to score tries at any level has never been questioned, and while Raka has certainly had a good season with Top 14 runners-up Clermont, he remains an unknown quantity.

Hang on, is Thomas fit? If not, this is the biggest scandal since Gazza was left out of the France 98 squad.

Joke how he's not there

Some have speculated that Thomas is still paying the price for an indiscretion in Edinburgh during the 2018 Six Nations, in which he was subsequently dropped from the team. That is the only reason why some fans think that the 16-cap winger would miss out.

Observation No.6: Teddy Thomas misses out because of the "Edinburgh factor". It's the only possible explanation for a wing who has scored 10 tries in 16 Tests @racing92 https://t.co/eYwMkLWKff

Nonetheless, with Raka to call upon, this is a message to the rest of the rugby playing world that France has impressive strength in depth going into the World Cup.