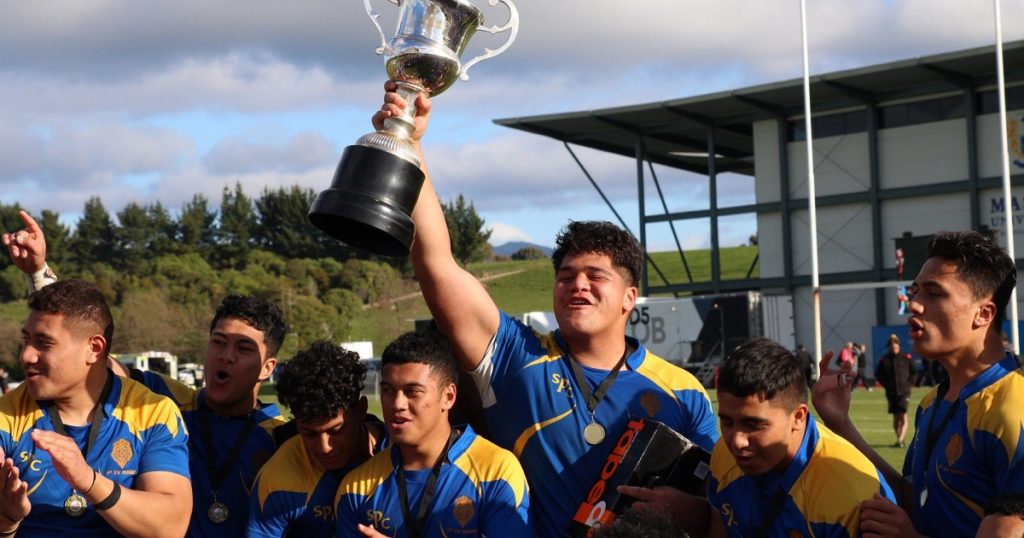 Regardless of the score, it was a terrific encounter which, more than anything else, showcased the immense talent that exists in age-group level rugby in New Zealand.

Napier clearly got off to the best start, with three unanswered tries inside the first 35 minutes of the game. Jayden Stok, Patrick Teddy and a brilliant charge down and chase from stand-off Henry Williams helped them race out to a healthy lead.

But a comeback from St Peter’s College was inevitable. Four tries in return was something else, as was the incredible finish from winger PJ Tonga, whose aerial acrobatics to sneak in at the corner did just enough to touch down.

Keen to address the shift in momentum, Napier tried to pressurise St Peter’s College’s scrum five yards out. But St Peter’s went coast-to-coast to score the try of the game, from back-rower Chris Halau’fa.

It ultimately proved to be the match winner in the end, as Napier could only muster one more try, from Tyrone Thompson. Unusually, the last 15 minutes – of the standard 70 minute game for school rugby – remained scoreless, but no less tense.

St Peter’s held on to take another NZ Barbarian Cup, which proved that school rugby in New Zealand will continue to be the bedrock of future All Blacks for many years to come.