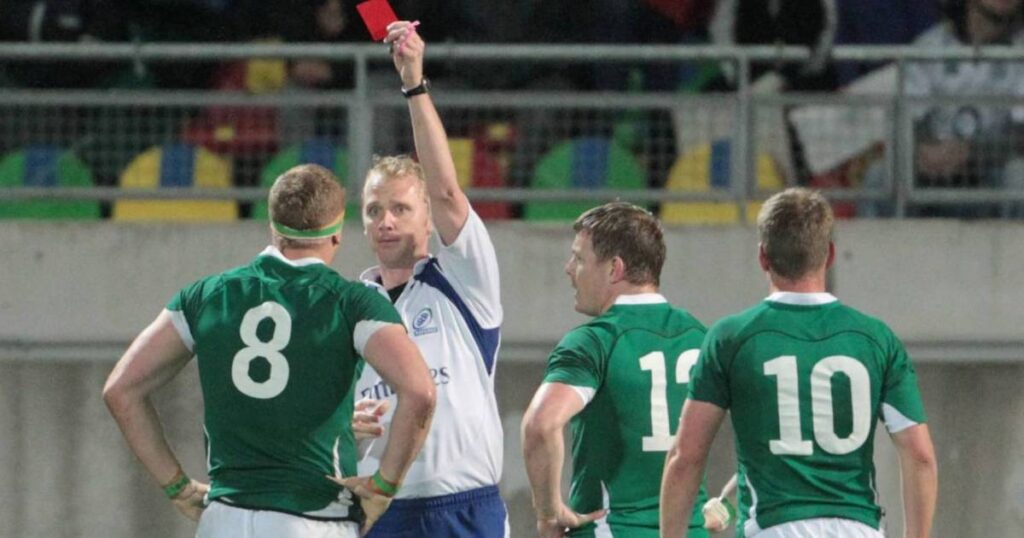 Ten years ago, Ireland stared down the barrel of a then record defeat at the hands of arch-nemesis New Zealand in New Plymouth. That’s because after just 15 minutes, Jamie Heaslip was red carded for a knee to All Blacks captain Richie McCaw’s head.

While red cards these days are more common due to the crackdown by World Rugby around the tackle area, this incident was a clear example of reckless retaliation from the Number 8, which was even more surprising given Heaslip’s relative clean record and the fact that Ireland were within inches of scoring a try.

The Kiwis led 10-0 at that point, but Declan Kidney’s Ireland were right in the match, and a converted try would have made for an intriguing second quarter of the game.

Then came Heaslip’s moment of madness, as he lashed out on McCaw – who was typically lying at the bottom of the ruck doing his best to slow down the Irish momentum.

Referee Wayne Barnes wasted no time in showing Heaslip his marching orders; the back-rower became just the second Irish player in history to be sent off in a test match.

Speaking to The 42 in 2018: “Yeah, jeez, imagine doing that nowadays? A scary thought. Yeah, it was a stupid thing. A rush of blood to the head really.

“You need to be on automatic pilot but that’s off the back of putting loads of work in and you can become quite deliberate with what you’re doing even though it’s split-second thinking. That was very much an emotional reaction. I was so riled up.”

Ireland did bag some consolation tries to make their own tally a little less disastrous, but the All Blacks let rip en route to securing a 66-21 victory, their biggest until two years later when they dismantled a 15-man Ireland 60-0 in Hamilton.