THROWBACK: It's three years since SBW's series-changing red card against the Lions 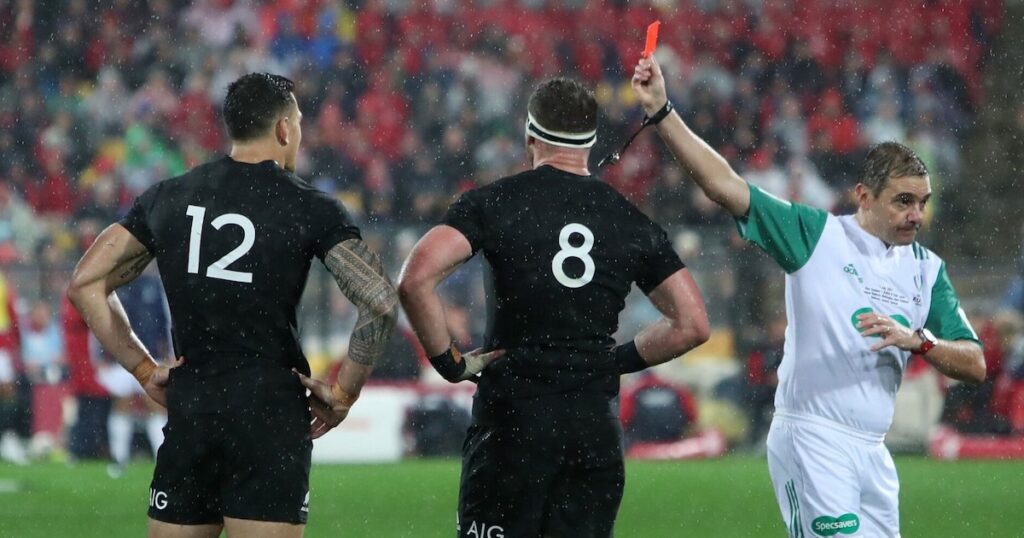 On the 1st July three years ago, the British and Irish Lions pulled off a remarkable victory against the All Blacks in Wellington which kept the series alive going into the final Test. Although, the game might be better remembered for Sonny Bill Williams’ first half red card.

It was one of those games which will ultimately go down in Lions test series history as a “classic”, alongside the 2009 and 1997 second tests in South Africa, even if the quality of the match didn’t quite live up to the latter two.

The Lions were reeling after being comprehensively beaten 30-15 in the first Test, and to all intents and purposes, it looked as though the tourists would be going down the same route as they had during the 2005 whitewash.

But just 24 minutes into the match, the All Blacks lost one of their many talisman, Sonny Bill Williams, who was sent off for a shoulder to the head of Lions’ winger Anthony Watson.

Despite this, the hosts maintained the lead right up until Conor Murray’s try 12 minutes from time. A superb Owen Farrell conversion from the touchline levelled the game, while Farrell’s 74th minute penalty eventually sealed a pulsating match in favour of the Lions.

It’s unclear whether the Lions would still have won the match had SBW not been sent off, and the fact that the All Blacks only just lost the game having been down a man for the majority of the encounter – they were given some respite in the first half when Mako Vunipola was controversially only given a yellow card for a similar offence to SBW – proves that to beat New Zealand, things have to fall into place.

The series went down to the wire, and thanks to a 15-15 draw in the third test, both sides shared the overall win. It was the first time since 1993 that the Lions had got anywhere near winning a series on New Zealand soil.