THROWBACK: Some of the most bizarre entertainment seen at rugby matches 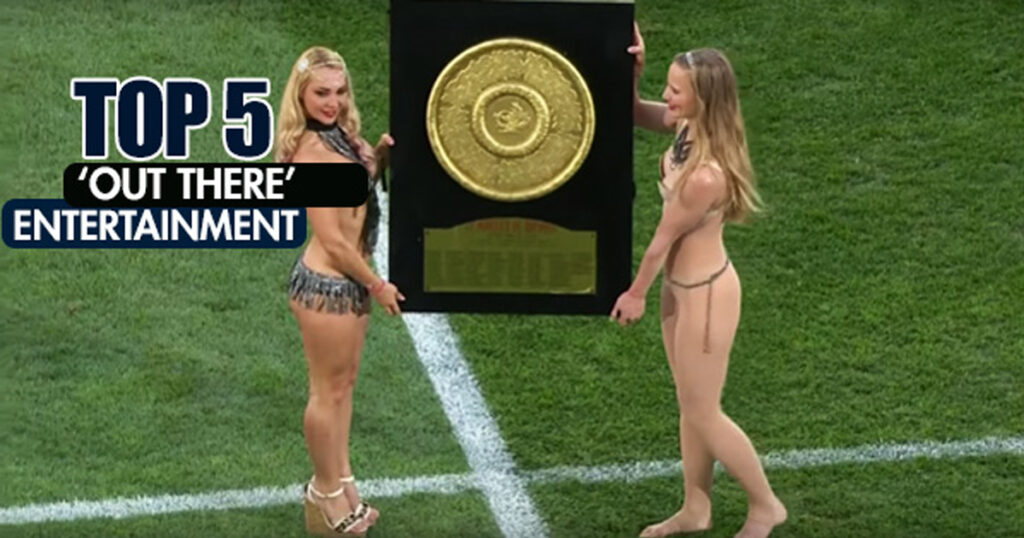 A few years back the Fox Sports rugby guys in Australia, led by Sean Maloney, put together this entertaining segment showing some of the craziest scenes in recent times (2016) around the globe.

Back in 2013 we saw a similarly themed clip, the Top Five Best Game-Day Entertainment Showings Ever, but this one is slightly different, including some classic favourites.

In this one, Sean and crew took a look at some of the craziest pre-match and halftime entertainment seen at rugby matches.

From scantily clad ladies at in France’s Top 14 final, to a little guy on a surfboard and some peculiar Kung Fu rugby in Hong Kong.

There’s also Clyde Rathbone’s brother (google him) having a nightmare in a Brumby Jack outfit, and some men doing ballet in Dunedin.

It’s definitely all a bit weird, but great fun and should provide a few laughs!

THROWBACK: Some of the most bizarre entertainment seen at rugby matches | RugbyDump - Rugby News & Videos