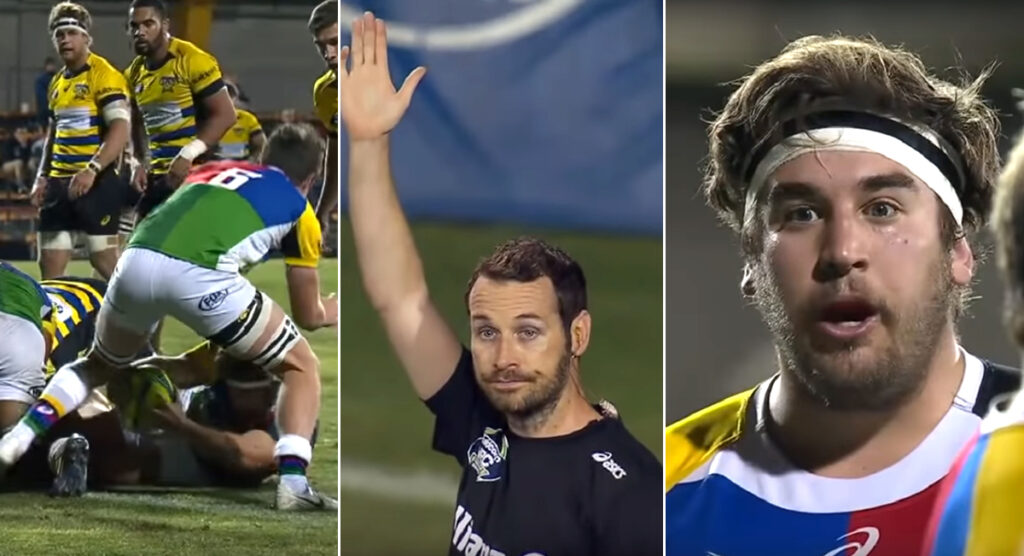 We’ve seen some quite unbelievable things in rugby over the years, in all corners of the globe, but perhaps none more bizarre than the time that an ‘own try’ was awarded in a National Rugby Championship match in Australia.

In 2014 we reported on rugby’s first ever own try, scored in Australia’s NRC in a match between the Sydney Stars and the North Harbour Rays.

The outing gave forward Mitch Lewis a chance to pick up a hard-earned try and get on the scoresheet, but he never would have guessed it would be against his very own team.

Yes, the match produced what was quite possibly the worst ever decision on a rugby field.

And even more bizarrely, technology played a part.

In football (or soccer) own goals aren’t unusual, as defenders occasionally slot the ball into the back of their own net. In rugby, however, no such thing exists, because as you know, when a player grounds the ball over his own try line it’s a 5m scrum if carried over, or a 22m drop-out if not.

All that changed in Sydney on that fateful night, as the TMO and referee combined to award what is quite possibly the first ever own try in rugby!

Referee Ian Smith struggled to see who planted the ball, and with both teams having yellow at the top of their jerseys, the Television Match Official made an absolute hash of the decision.

Sydney went on to win the match 49-40 against Lewis’ North Harbour Rays, and the moment is one that has never been forgotten, but hopefully will never be repeated!