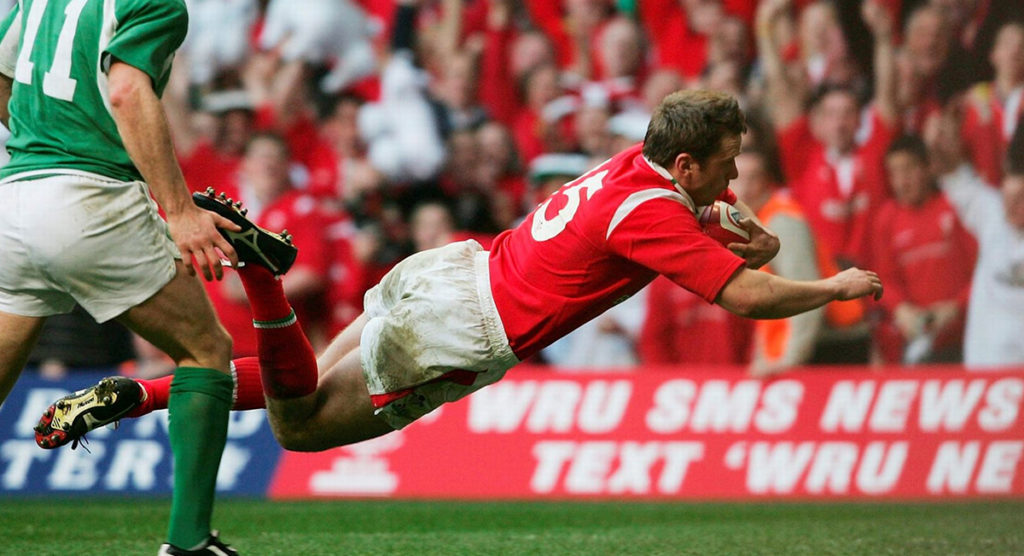 Ahead of the monumental showdown with Ireland in Cardiff on Saturday, Wales have released footage of their historic Grand Slam win in 2005. The game is watched by Wales’ Rhys Patchell and Ryan Elias, as their recall one of the most historic days in Welsh rugby.

It was Wales’ first Grand Slam since 1978, first Triple Crown, and staggeringly their first win over Ireland in Cardiff since 1983.

It was a match that will live long in the memory of many Welsh fans, containing a monster penalty from then man-of-the-moment Gavin Henson as well as Gethin Jenkins’ charge down.

As Wales hope to win their first Grand Slam since 2012 this Saturday, they are clearly hoping to conjure up the same passion as fourteen years ago.

Of course, Cardiff has also been the setting of a historic win for Ireland in 2009, where they secured only their second Grand Slam at the time. It has been a happy stomping ground for the men in green over the years, which makes this such an enticing affair.

It is both Warren Gatland and Joe Schmidt’s final Six Nations game in charge of their respective countries, which only adds to the occasion. Ireland will be hoping to beat Wales to keep their faint hopes of a Championship win alive.

A win would mean they finish second at least in all probability, and will be hoping for Scotland to cause an upset at Twickenham against England to give Schmidt and Rory Best a great Six Nations send-off. With the World Cup later this year, where both teams could meet each other again, this game has even more riding on it, with bragging rights going into the tournament in Japan.

This looks like it will be one of the best final rounds for years in the Six Nations, as Gatland will be seeking to win his third Grand Slam and fourth Championship overall.

Plenty of mind games will be played in the coming days in order for each team to get the mental edge over one another, and posting this video of players reliving the 2005 Grand Slam is just another example of that.