Throwback Thursday: When all else fails, it's going through the legs 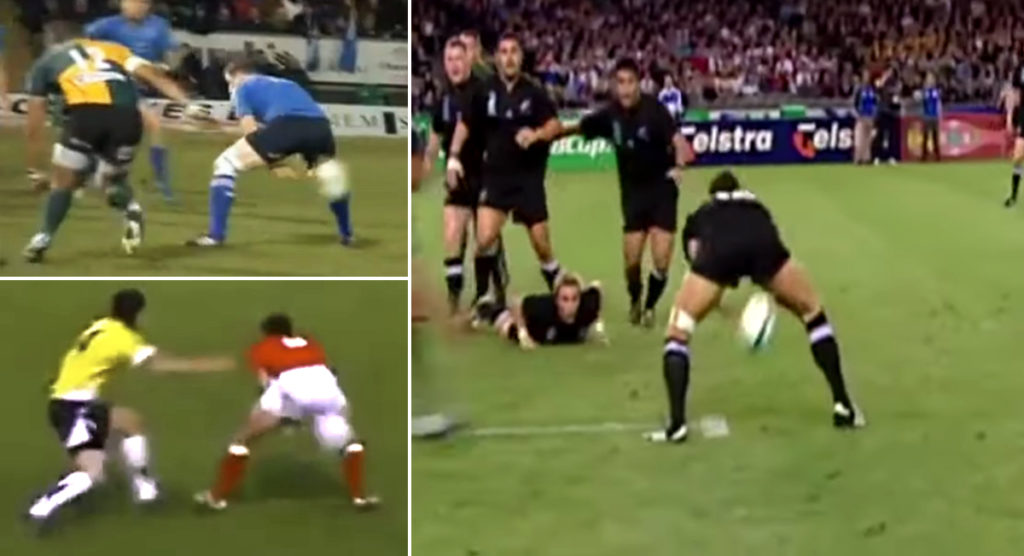 Everyone loves a maverick. The unpredictable nature of a player who tries things that most others would not dare in high-paced, high-pressure matches. Here’s a look at some of the best through-the-legs passes we’ve seen from some of rugby’s most talented players.

Sometimes regarded as nothing more than showboating, there have been plenty of times where being unconventional has been the right move at the right time.

The between the legs pass is something which is increasingly deployed as a means of committing to the advantage line while keeping the attack on the front foot.

But what makes the “tweener” such an impressive skill to watch is that in regular play, it is far from efficient due to its complexity and time-consuming execution. Instead, the pass is often used as a get out of jail card which opens and exploits the space freed up by a committed – and often bemused – defender.

With defences quicker and more structured to conventional attacks, the between the legs passes usually come as a result of a mistake or hiccup in a set-piece, forcing the attacking side into damage limitation.

While players like Brian O’Driscoll may have perfected it, the likes of the mercurial Carlos Spencer in the 2003 RWC, were more than happy to simply show off an outrageous array of skills.

Throwback Thursday: When all else fails, it's going through the legs | RugbyDump - Rugby News & Videos