Throwback: The outstanding theatre of the Haka and Sipi Tau going face to face 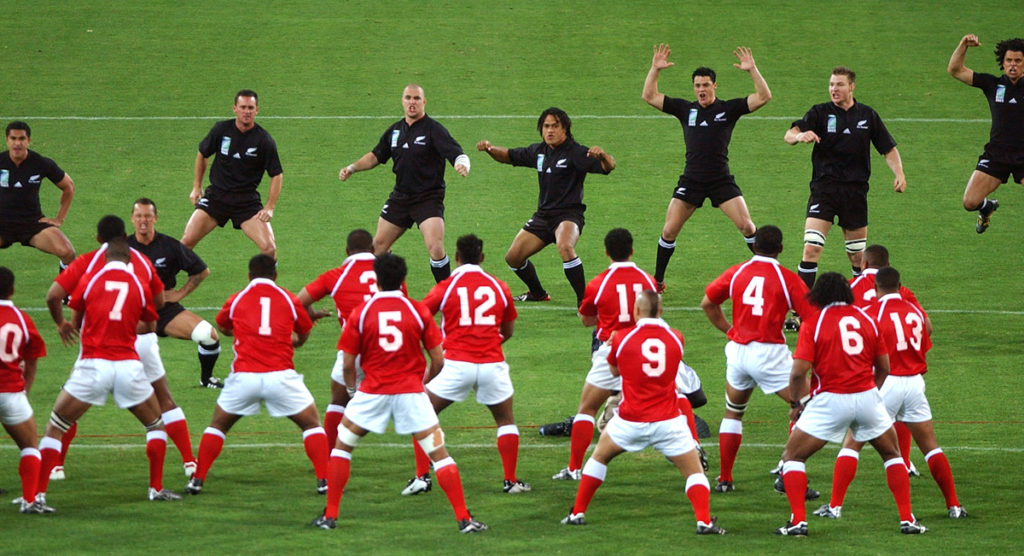 New Zealand host Tonga on Saturday in a final Rugby World Cup warm up match in Hamilton ahead of leaving for Japan. Both have picked strong teams, and an entertaining side story will be what happens shortly before kick off.

The two sides have met on five occasions, four of which have been at the Rugby World Cup. They met in 2015 and Saturday’s Test will be their third meeting in New Zealand.

The home side will be wary of taking the opposition too lightly, so have chosen a side that looks formidable on paper and features the likes of Beauden Barrett back at number ten, and Sam Whitelock in the second row, earning his 112th Test cap, which equals Dan Carter’s spot as the fifth most capped All Black of all time.

When the two sides met at the 2003 Rugby World Cup, the prematch traditions created a brilliant piece of theatre, as Carlos Spencer led the All Blacks Haka while Tonga did the Sipi Tau at the same time.

In 2015, we saw similar scenes as both sides provided another thrilling encounter, setting the scene nicely.

“Tonga will be targeting this game in a bid to build momentum into their Rugby World Cup campaign, and so are we, as it’s going to be important for both teams to head into the Tournament with confidence,” said All Blacks coach Steve Hansen.