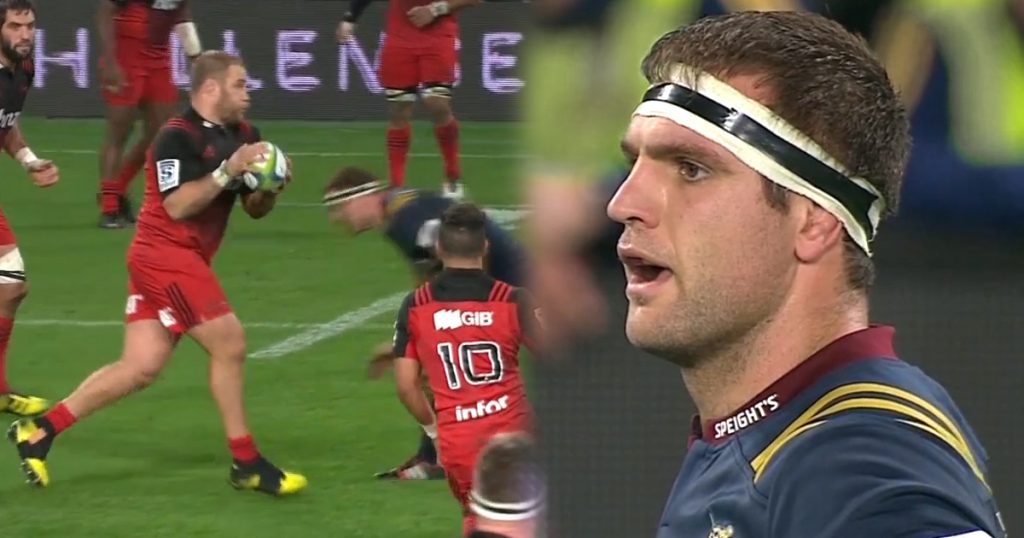 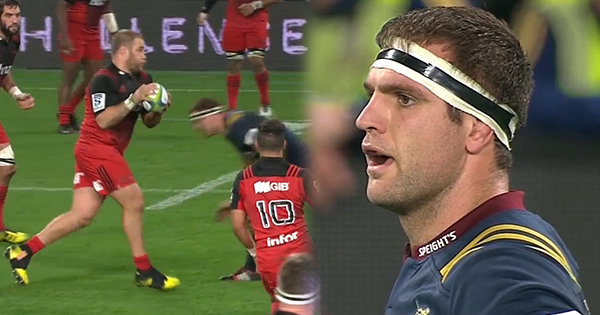 Super Rugby 2018 is less than a month away so as the Southern Hemisphere competition build up continues, here is a clip from two years ago that you’ll probably enjoy. It features the youngest of the Whitelock brothers, as he went on a mini rampage against the Crusaders.

With just two Test caps compared to his older brother Sam’s 96, Luke Whitelock had the honour of skippering the All Blacks on their recent end of year tour when they played against a French XV.

Before that he was captain of the Barbarians against the All Blacks, but later started for them against Wales, with second row Sam actually captaining the side on that day.

Luke will be looking for another strong season with the Highlanders, playing a crucial role in leadership in the squad, and no doubt aiming to add to his international pedigree later in the year.

Against his brother’s Crusaders in 2016, Luke floored two All Blacks with crucial tackles seconds apart, bringing out the customary Justin Marshall ‘BOOMFA’ in the process.

The Highlanders start their campaign against the Blues on Friday, 23 February.