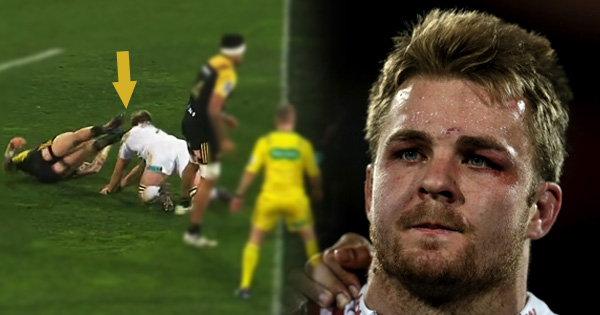 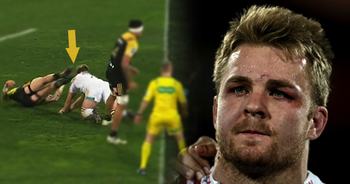 Influential Hurricanes halfback TJ Perenara has avoided sanction after an incident in the second half of the Super Rugby semi final against the Chiefs was missed by both officials on the day, and the citing commissioners. He is a free to play in the final as a result.

Perenara and Beauden Barrett have both been in sublime form as the Hurricanes have stormed towards the final. They will host the Lions, who sensationally beat the Highlanders 42-30.

The All Black’s boot clearly struck Sam Cane in the face though, so he can consider himself extremely lucky that it wasn’t picked up by any of the officials on the day. Even more surprising is that he has not been cited, as has been confirmed by SANZAAR.

All citings for red card worthy offences need to take place within 12 hours of the final whistle of the game, which means that window has long since passed.

The Chiefs loose forward took him out off the ball and Test teammate Perenara lashed out, catching him with what appeared to be his studs. He was immediately apologetic, but quite obviously also very concerned about referee Angus Gardner, as he looked across towards him more than once.

Cane said something to Gardner, with Perenara anxiously watching on, but it couldn’t be heard on camera and whatever it was obviously wasn’t convincing enough to warrant a TMO intervention to check for foul play. To Cane’s credit, he didn’t make a whole lot of it, but probably could have.

If cited and banned, Perenara would no doubt have missed the final against the Lions this coming weekend, and quite possibly even some of the Rugby Championship with New Zealand.

The Hurricanes held on to win the match 25-9, earning themselves a home final.

As for Cane, he could be seen post match looking dejected, with a bruised and battered face.